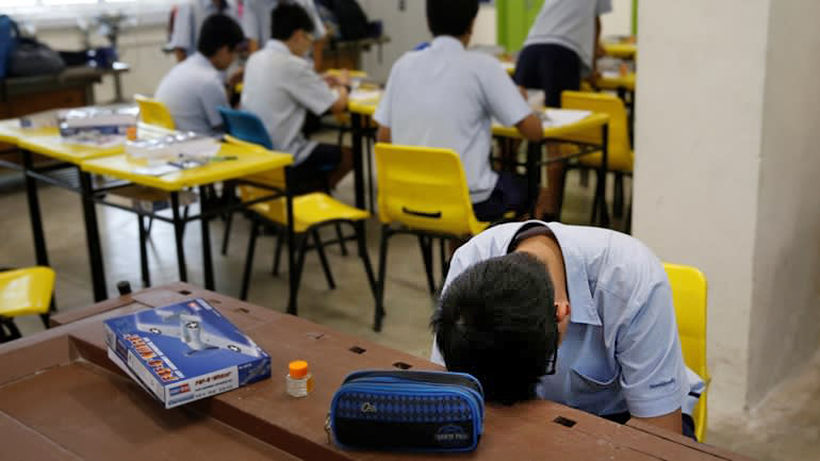 Thailand had the highest suicide rates in ASEAN, according to a recent study conducted by the World Health Organisation. The WHO ranked Thailand 32nd worldwide in its annual suicide rate report which came out earlier this month. The report indicated around 10,000 deaths by suicide per year, much higher than other ASEAN countries.

Many of the deaths are Thailand’s younger population.

The focus of this report is on Thailand’s youth – how they are being affected with depression, some of the possible causes, and campaigns like the #BTSLoveMyself campaign launched in conjunction between UNICEF and pop group BTS.

A few years back, Somrak Chuwanichawong from Bangkok’s Srithanya Hospital presented her research on depression, suicide and public health in Thailand. Her report noted the increased number of suicides in recent years could be attributed to personal depression. Somrak said at the time that depression can have many causes, but when combined with mental imbalances, can lead to suicide when left untreated.

Then in December 2017, Thailand’s Department of Mental Health director general Boonruang Trairuangworawat claimed that an estimated one million Thai teenagers suffer some sort of clinical depression, many untreated. On top of that Boonraung said that two million more are at risk, making an upward of three million among a population of eight million teens in Thailand.

Three months ago the current DMH director general Kiattibhoom Vongrachit released another report showing that Thailand’s youth now have an increased risk of depression and suicide. In the first six months of 2019, 40,635 calls were made to DMH’s hotline; 13,658 of the calls were from children and young people aged between 11 – 25 years of age.

According to a report from Google and Temasek towards the end of last year, the Southeast Asian region is poised to reach 480 million internet users by 2020, with smartphones users making up roughly 90% of this number. 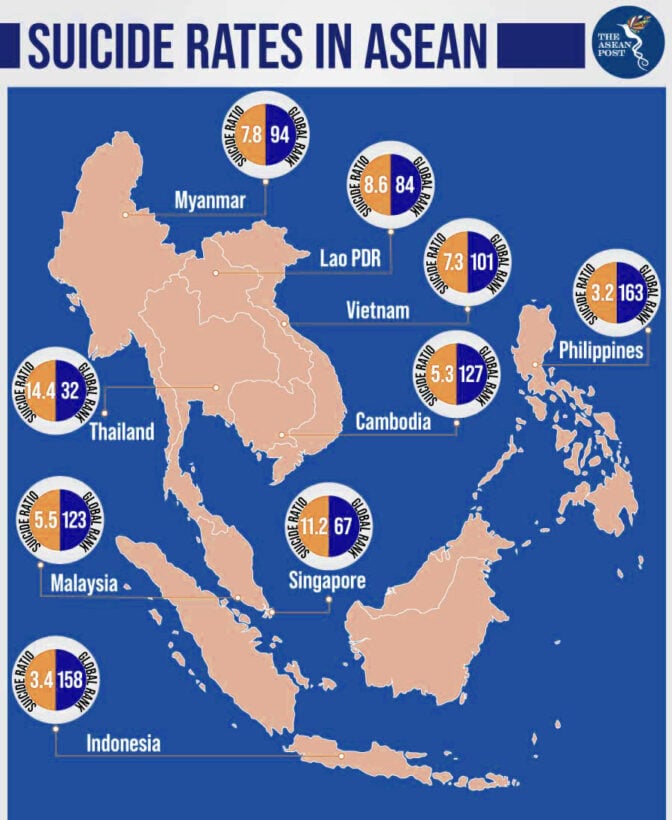 Thailand’s public health minister Somchai Chakkraband, speaking at an international symposium, said that becoming hooked on social media for many hours each day heightens the risk of depression. It was also reported at the same symposium that 800,000 people had called the DMH with many parents saying they have trouble communicating with children who they say are “addicted to social media”.

Experts agree that overuse of social media could be a cause of depression and youth could be most susceptible to such a side effect.

On September 10, the WHO, in collaboration with global partners, launched a “40 seconds of action” campaign, which will culminate on World Mental Health Day on October 10. This year’s theme is suicide prevention.

Just coming to the end of a two year campaign, the ‘Love Myself’ campaign is a UN-sponsored anti-violence/anti-suicide campaign spearheaded by South Korean pop group BTS in partnership with the Korean and Japan Committee for UNICEF.

The campaign idea was introduced by the group as a sponsorship to #ENDviolence, a UNICEF global campaign aimed at the protection of young people so they can live without the fear of violence, and promotes the hashtag #BTSLoveMyself, which asks fans and supporters to post self-loving photos with the hashtag to different social media platforms.

The band is hugely popular in Thailand and the campaign is being followed by local authorities as a template for future outreach campaigns to Thai teenagers.

Compounding the lack of support for youth in general, is non-existent support for LGBTI (lesbian, gay, bisexual, transsexual, intersex) youth. There are only two support groups in Chiang Mai City for gay men, and no support groups for lesbian women. There is also very little to no support for street youth and none for refugee youth, who cannot legally get a diploma or work in Thailand. With a lack of structure in their lives, some Thai youth have turned to gangs and violence as a source of community, expression and/or survival.