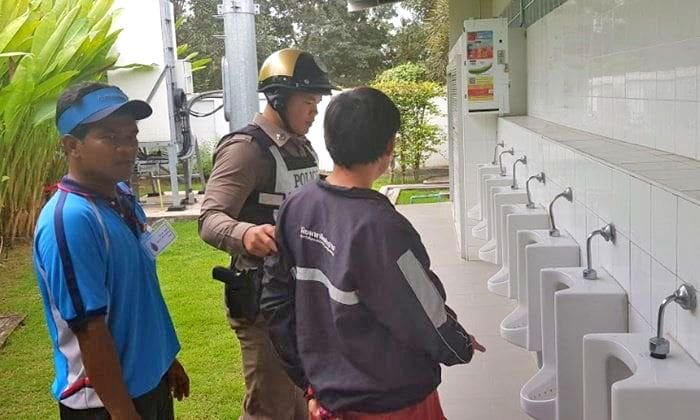 She says she had been scrubbing the floor while the man had been, well, “polishing the silver”.

Sanook reports that a pump attendant called Wathee got some friends together and made a citizen’s arrest, then called the police to take the matter in hand.

PTT staff say they get a lot of these cases, sometimes involving the same man who usually disappeared on his motorbike.