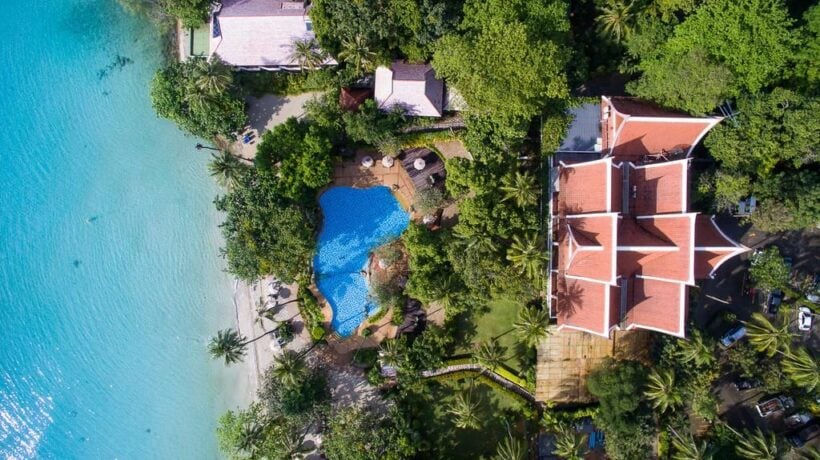 A Koh Chang hotel is agreeing to settle a dispute with an American being sued, if he agrees to retract his bad online reviews of the hotel.

Wesley Barnes, is being sued by the hotel after refusing to stop leaving bad online reviews of the resort on TripAdvisor. Immigration police arrested Barnes and detained him on the island on defamation charges. The managing director of Sea View Koh Chang, Pholkrit Ratanawong, says the meeting is set for October 8 at the hotel.

“We want the disputed party to stop the damage by deleting the old reviews and clarify that his comments were not entirely about his experience with our service.”

”If he had only commented about our service, that would have been fine. But there were accusations. That’s why we filed a defamation lawsuit.”

Barnes’ reviews contained accusations of slavery at the hotel and a racist comment about a staff member, who is Czech.

Pholkrit says the hotel was criticised about “how badly hotel staff were treated” and several bookings were cancelled after Barnes posted the review. He also claims that foreign staff members had been threatened following media attention.

Despite Barnes’ being sued by the hotel, other foreigners had also posted negative reviews about the resort. Barnes stayed at the hotel for one night on June 27 and was involved in a dispute with staff after he refused to pay a 500 baht corkage fee when he allegedly took a bottle of gin into the hotel’s restaurant. Since then, Barnes has posted 4 negative reviews of the hotel on TripAdvisor.

The news of his arrest has many netizens weighing their own opinions of Thailand’s defamation laws, sparking controversy online. Some of those opinions can be seen here, along with responses by both Barnes and Sea View Resort.

Since the story made international headlines, Barnes was found to have a criminal record in his hometown of Kansas City, Missouri, USA. The record indicates that he was arrested for possessing a firearm in a downtown venue. Barnes has been working as a teacher in Bangkok, despite his record.