A Koh Chang resort is fighting back and, reportedly, suing an American citizen after posting a nasty online review on TripAdvisor. After recently visiting the Sea View Resort on Trat province island in the Gulf of Thailand, American Wesley Barnes wrote an unflattering, almost bitchy, account of his stay prompting the owner to file an official complaint over the ‘unfair’ review. Barnes is accused of causing “damage to the hotel’s reputation” as well as fighting with hotel staff over refusing to pay a corkage fee for alcohol that he had brought into the hotel. Barnes’ review on TripAdvisor below, has got him in hot water with police.

Wesley B wrote a review Jul 2020…
Unfriendly staff and horrible restaurant manager
Unfriendly staff, no one ever smiles. They act like they don’t want anyone there. The restaurant manager was the worst. He is from the Czech Republic. He is extremely rude and impolite to guests. Find another place. There are plenty with nicer staff that are happy you are staying with them.
Date of stay: June 2020

Immigration police detained and arrested Barnes, who works and lives in Thailand, took him back to the island where he was later freed on bail. If convicted, Barnes could face up to 2 years in jail along with up to a 200,000 baht fine under current defamation laws.

Sea View Resort is located on Kai Bae Beach currently ranks 10th out of 85 properties on the island that have been reviewed on TripAdvisor. Out of 1,922 reviews, 1,090 rate the resort as excellent, 580 rate it as very good, 170 as average, 48 as poor and 32 as terrible.

They have published a reaction to the case, featured on Richard Barrow’s Facebook page… 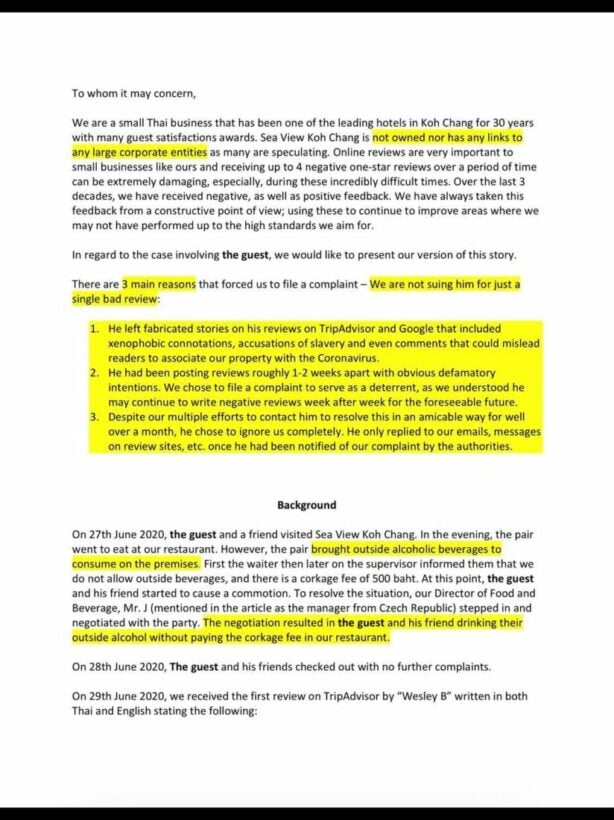 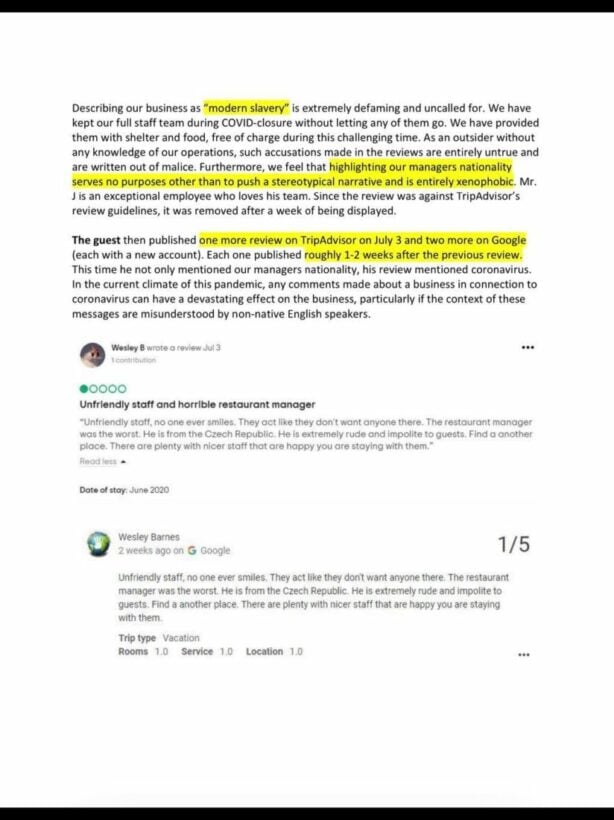 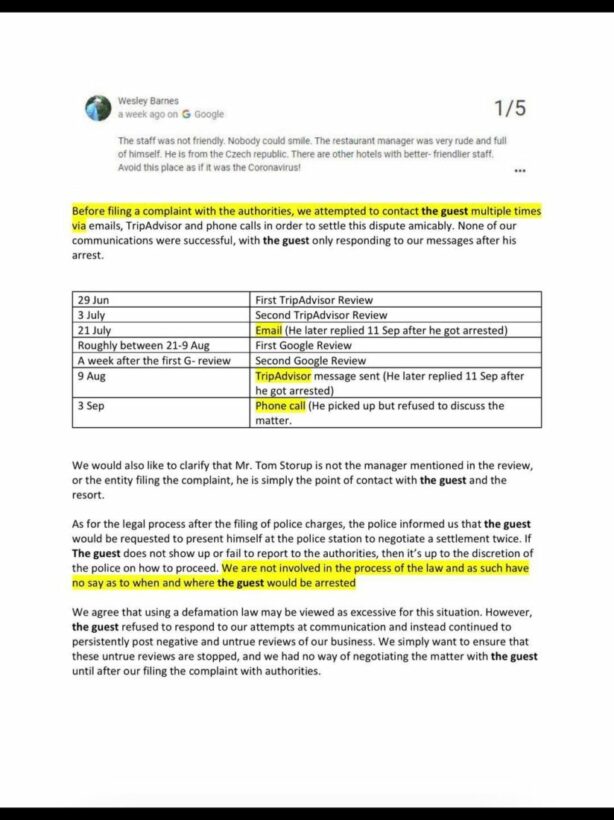 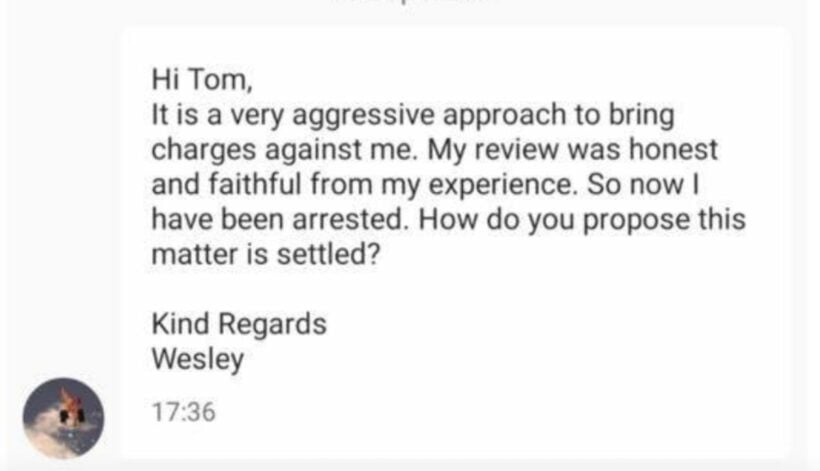 Thailand’s defamation laws have often been used as weapons to silence people and are used by businesses and influential figures to intimidate detractors, sometimes over trivial matters.