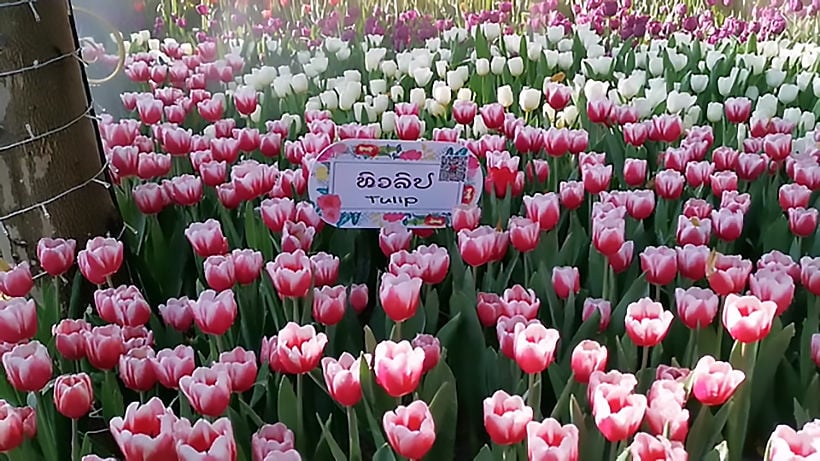 An intoxicated man in Chon Buri province told police the pink flower he wore on his ear was ‘magical’, and made him invisible. He said this after allegedly running shirtless through traffic in Meuang Chon Buri district yesterday evening. The man also allegedly shouted and danced. Multiple police had to run after him, restrain him, and carry him to their car.

“…nobody actually saw me, so I didn’t commit any crimes. My magical flower makes me invisible and protects me.”

The man told police his name is Yutsiri Wangwiset, and that he is 37 years old. Yutsiri will be at the least charged with causing a public disturbance, public intoxication, and resisting arrest. Yutsiri ran through busy roads, risking the safety of himself and others. The Pattaya News reports that Yutsiri was “uncooperative”, and refused to obey police orders to stop running, shouting, and dancing, which forced multiple police to chase after him. After police arrested Yusiri, it was unkown what happened to the flower.

Dedinbed
6 hours ago, Thaiger said: intoxicated man in Chon Buri province told police the pink flower he wore on his ear was ‘magical’, " If you're going to Chon Meuang Buri district , be sure to wear a flower behind…

Faz
8 hours ago, Thaiger said: The man also allegedly shouted and danced. Multiple police had to run after him, restrain him, and carry him to their car. “ His magical flower must have fallen out while dancing, making him visible…

AdvocatusDiaboli
8 hours ago, Thaiger said: My magical flower makes me invisible and protects me And we thought the sixties were dead ….. Flower Power is still around obviously 🙄
SSimpson
It's not flower, it's flour...