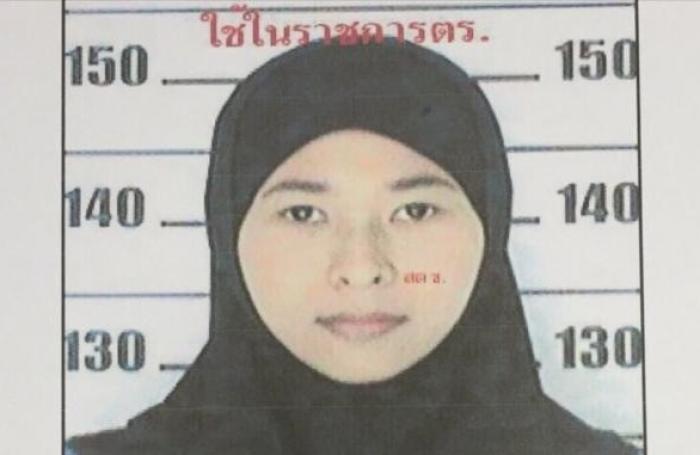 BANGKOK: Interpol has arrested Thai and foreign suspects for their alleged role in the Bangkok bombings in August, which claimed 20 lives and injured many others, Deputy Police Chief Gen Srivara Ransibrahmanakul said yesterday.

While Gen Srivara declined to reveal the names of the suspects, reliable police sources identified the suspects as Phang Nga native Wanna Suansan and her Turkish husband Emra Davuloglu.

Gen Srivara said the suspects were currently in detention in a foreign country and that Thailand was working on bringing them back to face legal action.

Arrest warrants for both suspects were issued soon after the Erawan Shrine blast for allegedly renting an apartment to a prime suspect in the case.

Initially, Ms Wanna told the media in a telephone interview – reportedly from Turkey – that she had nothing to do with the bombings and would return to testify. However, she did not turn up as promised.

Gen Srivara said the Public Prosecutors Office and the Foreign Ministry were coordinating with Interpol to have the suspects returned.

Sources said the arrests were made after Ms Wanna, who is a Thai passport holder, was found to have overstayed her visa and her husband’s Turkish passport was found to be fake.

Ms Wanna and another suspect left Thailand on July 1 through Phuket Airport. Further investigation showed that she had gone to Cambodia through the Sa Kaew border checkpoint on May 30 last year, and then to Malaysia through the Sadao border checkpoint in Songkhla province on October 23. The arrest warrant accused Ms Wanna of renting a room to the bomb suspects after police found bomb-making materials such as fertilizers, bolts and gunpowder.

Ms Wanna was also charged for having war weapons in possession without permission.

Sources said that investigation into Mr Davuloglu’s financial records showed that several transfers had been made to his bank accounts from abroad. These included transfers of 156,106 baht in February; 157,646 baht in March; 410,000 baht in April; and 14,495 baht in August.

Under detention for their role in the attack so far are Bilal Mohammed and Mieraili Yusufu, who have been identified as Chinese Uighurs. The two have been formally charged by the Bangkok Military Court on 10 charges and are being detained in a special military prison (story here).

Mr Bilal, who was arrested in the room that he allegedly rented from Ms Wanna, confessed to planting the bomb at the shrine.