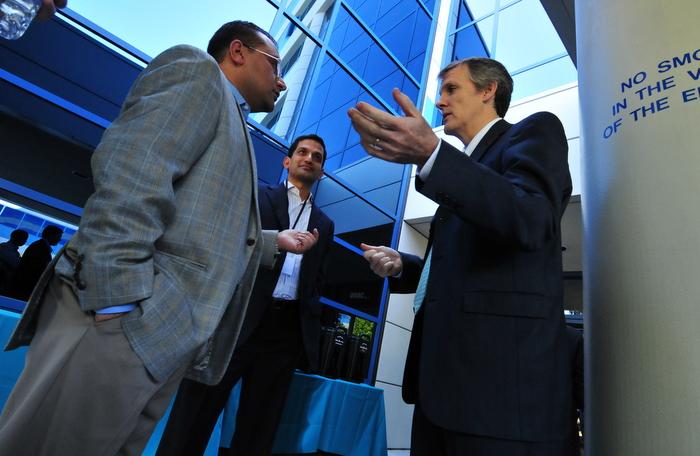 PHUKET: Growth stocks can power your portfolio to new highs, with one such stock being the Priceline Group Inc (NASDAQ: PCLN), which can also double as your one-stop online destination to serve all of your travel needs. Priceline.com is the Priceline Group’s flagship hotel and airline travel site, with the company’s other brands including Agoda.com, Booking.com, Kayak.com, Rentalcars.com and OpenTable.com (an online restaurant reservations service).

The Priceline Group was founded in 1997 and had a 1999 IPO where the company’s market value reached US$12.9 billion on its first trading day – the highest first day market value for an IPO at the time. Shares then took a beating during the dot.com crash (losing 99 per cent of their value) and largely drifted for the next several years.

But in 2007 when the Priceline Group showed signs of taking off as the next growth stock, I began adding shares to the portfolios of my clients. Several years later in 2014, I exited them from the stock with a 1,000 per cent gain and watched shares undergo a 28 per cent correction for roughly the next 18 months.

In late October 2015, the Priceline Group broke above my targeted buy price of US$1,400 to enter growth stock territory and I am once again a buyer for some of the following reasons: Europe accounts for roughly half of the Priceline Group’s total bookings and the travel market there has gained strength with the stabilization of the Euro.

In September, the Priceline Group acquired AS Digital – an Australian restaurant reservation system provider. The move will help accelerate OpenTable’s entry into the Australian market plus expand its operations in Japan and across the Asia Pacific region.

With that in mind, there are a couple of other key takeaways for would-be investors in the Priceline Group. For starters, its shares are not exactly a bargain given a price-to-earnings (P/E) ratio at the 32 level and a price-to-book ratio around 8.50. Then again, growth stocks are usually more expensive than non-growth stocks because they typically have earnings that are expected to grow at an above-average rate relative to the overall market.

Moreover, the performance of growth stocks like the Priceline Group will often take a break before resuming an uptrend during a bull market.

The Priceline Group is also in the travel business and it’s an S&P 100 stock. The stock’s performance should be considered as an important bellwether for both the health of the global economy and for the overall stock market.

Does a growth stock like the Priceline Group fit in your portfolio?

Don Freeman, BSME is president of Freeman Capital Management, a Registered Investment Advisor with the US Securities Exchange Commission (SEC), based in Phuket. He has over 15 years of experience working with expatriates, specializing in portfolio management, US tax preparation, financial planning and UK pension transfers. Call for a free portfolio review at 089-970 5795 or email: freemancapital @gmail.com.

Staying afloat in a niche market