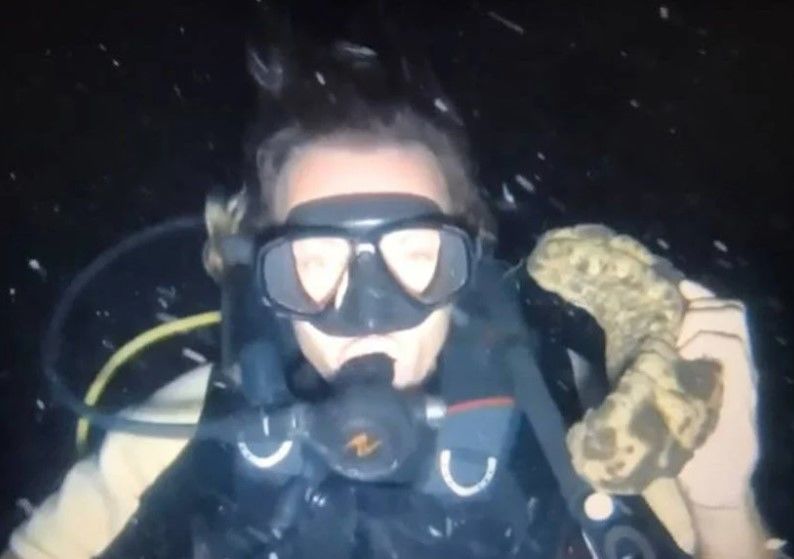 Immigration officials say they will deport the Hungarian and the Dutch man who were photographed handing sea creatures whilst diving in Gulf of Thailand off Koh Phangan. The men were arrested earlier this week and charged with “intruding in an area designated for environmental protection.”

Attila Ott and Francesco Simonetti have been so-called “long-stayers” in Koh Phangan. Ott is a diving instructor and owner of Pink Panther Scuba Dive Club and Simonetti is a chef at Il Barracuda Restaurant & BBQ. Police say the men were diving in an environmental protection zone off of the island’s Salad Beach. Photos from their dive show the men picking up marine life and even “tickling” the sea creatures.

Deputy Director of the Royal Thai Army Pakpong Saibol confirmed the men will have their visa revoked and will be deported. He says it’s an “expensive lesson.” Under Thailand’s Immigration Act, those who cause harm or damage can be deported, Pakpong notes. A Surat Thani Immigration officer says the men offended many Thai people in the province and encourages locals to call the bureau’s hotline if they see anyone harming marine life or breaking other laws.

Photos of the men handling the sea creatures were widely shared on social media. Some say the men should get deported for disturbing wildlife. Others say the marine animals are not endangered and the men should just pay a fine instead. Since the men were long time residents in Thailand, and 1 of them is reportedly married, they should face punishments in the country rather than be kicked out.