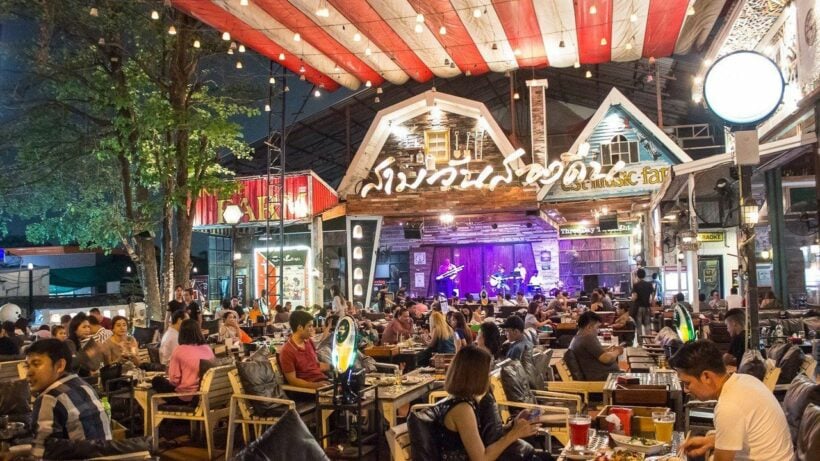 UPDATE: 4 more Covid-19 cases today. 3 were new patients – Thais returning from overseas. The other 1 included in today’s tally is a prison inmate from Bangkok – his positive test has rattled the CCSA who had just spent most of Wednesday crowing about their achievement of reaching 100 days without any locally-based infections.

His positive test has led to a 3 day closure of the bars where he had worked as a DJ until recently, when he ended up in a drug correction centre at the Klong Prem prison near Chatuchak. The staff from the 3 bars he had worked before his incarceration are all now in quarantine, as are the other 5 people he lived with at a condo, including his wife and mother.

The unnamed DJ had not been out of the country. He is 37 years old. His infection was revealed on Wednesday and announced to the public the morning after. His positive test ended a 100 day run without any new local infections anywhere in Thailand.

The man is currently being treated in isolation at a hospital run by the Corrections Department. He was sentenced to prison by the Criminal Court on August 26 on drug offences and sent to the Central Special Correction Institution for 14 day quarantine. His positive test came to light during a scheduled test of all inmates serving a quarantine period before heading to a normal prison. 14 other prisoners, who accompanied the man to court on August 26, are now being tested and checked.

According to the Bangkok Post, the man worked as a DJ at two branches of the 3 Day 2 Night pub, in Rama III and on Rama V.

The man also worked as a DJ at First Cafe on Khao San Road, from 9am-midnight on August 18. The dates he worked these establishments are well within a 2 week possible incubation period before his infection was discovered

The 3 pubs places have been closed until at least next Monday for cleaning. The staff have been sent to quarantine for 14 days. The man lived at the Ban Suan Thon condominium in Bang Mod with 6 other people, including his wife and mother. They are now being quarantined as well. The CCSA has made no comment about possible contact with patrons or other people at this stage.

Tests on 4 of his housemates have so far come back negative. The results of tests on his mother and wife are due this afternoon.

The 4 new cases take the overall tally of infections in Thailand to 3,431. There have been no new deaths from Covid-19 since June 2 – the death toll remains at 58. The other 3 infections announced today were Thai returnees from Saudi Arabia, the US and Singapore. All tested positive during their time in quarantine.

Immigration to deport men after alleged eco-vandalism in Koh Phangan