Checks on nearly 50,000 foreign workers at establishments in the past month had led to the arrest of 1,162 illegal workers and the prosecution of 204 law-breaking employers.

The Department of Employment (DOE) chief Anurak Tossarat says 113 teams of officials, police and national security officers checked on establishments nationwide over the past month. As of August 3, the teams had checked on 2,419 employers covering 46,254 foreign workers.

In a bid to solve the country’s shortage of 40,000 fisheries workers, Adul said that his ministry would speedily import fisheries workers from Myanmar, Cambodia, Laos and Vietnam via the memorandum of understanding system, he said.

The officials again warned that those who employed illegal migrant workers or allowed them to work in jobs other than what the permits allowed will face a fine of 10,000-100,000 baht per worker. For repeated offences, the employer will face one year in jail and/or a 50,000-200,000 baht fine, plus a three-year ban on employing foreign workers.

The foreign workers who lacked permits, or were found doing work other than that allowed under their permits, will with face a 5,000-50,000 baht fine, then be deported and face a two-year ban from applying for a work permit.

Employers who harboured illegal workers would additionally face up to five years in jail and up to a 50,000 baht fine, while those allowing illegal foreigners to stay on their premises will be fined up to 20,000 baht. 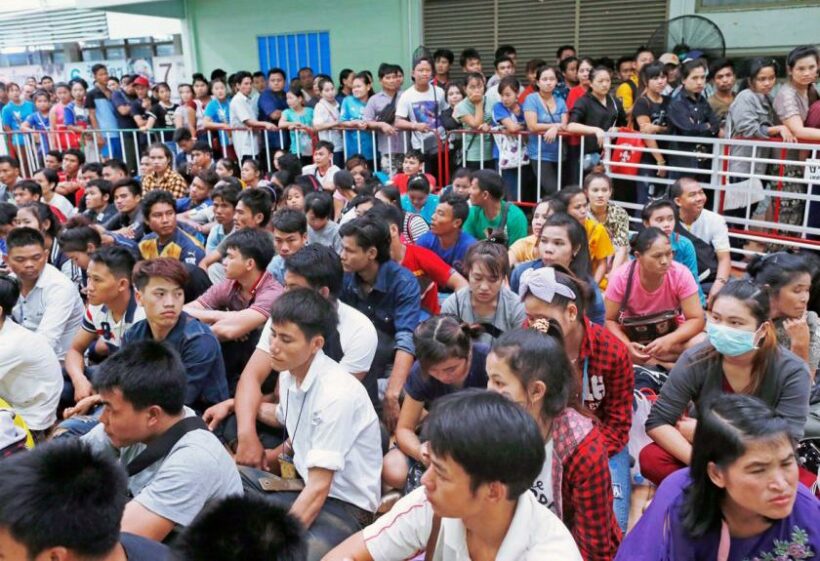