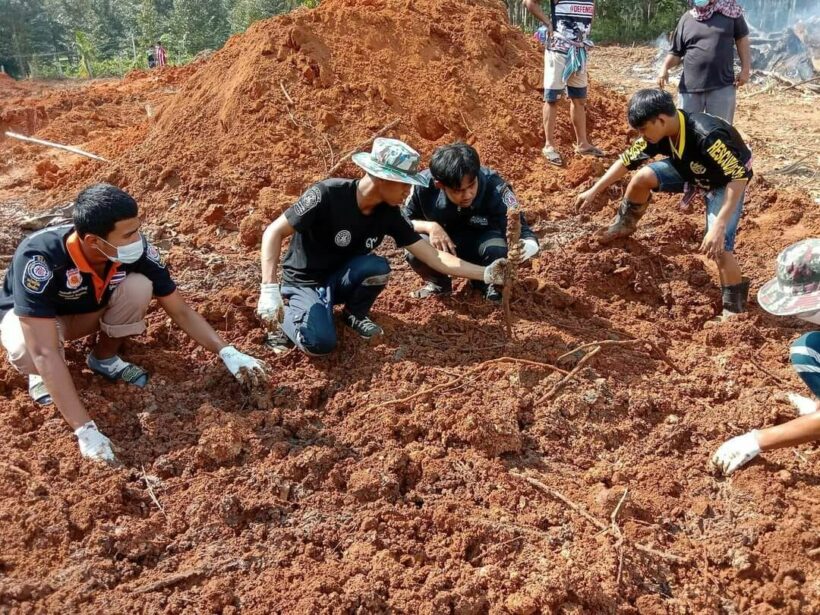 Warning: The photo below contains images that some may find disturbing.

Human bones were found in an oil tank buried at a rubber plantation in the southern province of Surat Thani. The landowner guessed the skeletons might belong to a Burmese worker who was missing four years ago.

The land is being cleared for durian trees and workers were using a backhoe to dig up an old pond when they came across the bones. The landowner says shared that he hired a backhoe driver to dredge the old pond to store water for his durian. The driver shared that he was digging the pond and finding the oil tank as well as a motorbike about 8 metres deep.

The 200-litre oil tank was chained to a concrete post. Inside were the human bones as well as clothes and a plastic bag. The skull is still missing.

The backhoe driver found a Honda Wave motorbike buried nearby the oil tank. Officers searched the license plate number and found that the bike was registered under a woman in the province. Officers will question the woman soon.

The plantation owner says he bought the rubber plantation last year. He added that he knew of a Burmese worker who disappeared in 2018. 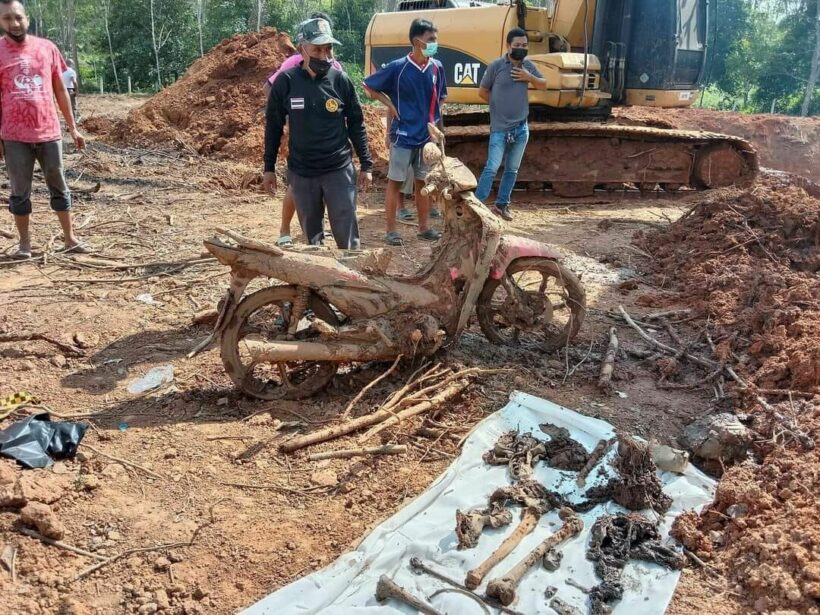