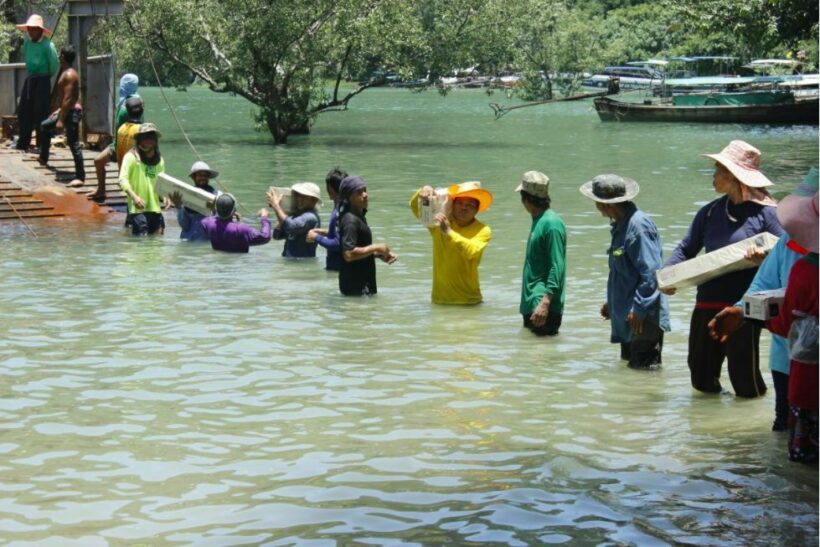 The largest hospital in the Northeastern Nakhon Ratchasima province has flooded. After heavy rains in the region, the hospital is now saying that they have made plans to relocate their patients to other facilities if the water levels continue to rise.

The Maharat Nakhon Ratchasima hospital flooded yesterday morning when the Lam Takhon canal overflowed. The public health inspector general was asked to assess the impact of the flooding on the hospital, according to the public health department.

The water on the hospital grounds has reached 50-60 centimetres, which means that small vehicles are unable to drive in or out. The road in front of the hospital is submerged under 80-90cm of water. People who need the hospital at this point will have to wade through waist-deep water.

Public health secretary-general Kiattiphum Wongrajit explained that the hospital is taking efforts to maintain operations and combat the flooding. Sandbags have been placed around the compound, water is being pumped out, temporary raised walkways are being built, and important equipment and medicine is being moved to higher grounds.

The Lam Takhong canal’s banks overflowed on Tuesday afternoon, which caused water to pour into Nakhon Ratchasima city and other surrounding communities. Much of this water is coming from the Lam Takhong dam, which has been discharging water in order to prevent damage and overflow. The dam has since been ordered to stop its discharging. So far, the flooding has killed 12 people in the region, and 15 emergency shelters have been established for those who have been displaced.

The Chao Phraya River that runs through Bangkok is overflowing too, and Bangkok City Hall has warned families living along the river to take precautions. The deputy culture permanent secretary reported that the famous Wat Arun Ratchawararam, or Temple of Dawn, was also flooded by the river.

Jason
Floods are the cause of much devastation. I know what it's like because the same thing happens every year in my country. I can only hope, that together we can build back better. Reposition hospitals and other critical infrastructure to…