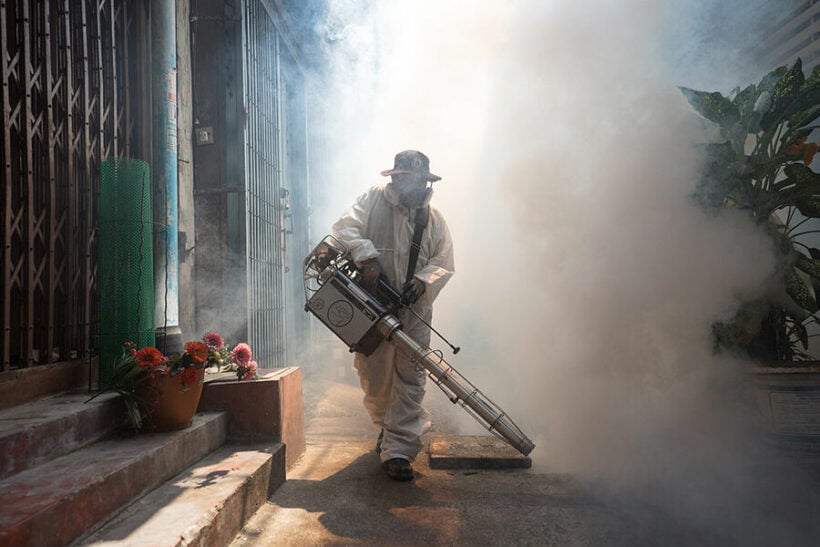 Health officials in Thailand are urging the public to take precautions against mosquito bites, with dengue fever likely to become more prevalent this year. Dr. Opas Karnkawinpong from the Department of Disease Control says the number of dengue infections decreased in the last 2 years, primarily as a result of people staying home during the pandemic. However, the mosquito-borne illness is expected to become more widespread this year.

Since January 1, 193 people have contracted dengue fever, with 2 patients, a 37-year-old and a 40-year-old, dying from the illness. According to a Thai PBS World report, the patients are thought to have been unaware that they had dengue and used over-the-counter medication. Opas warns that non-steroidal anti-inflammatory drugs, such as aspirin or diclofenac, are often used instead of paracetamol to bring down a fever. However, their misuse can lead to internal bleeding and death.

Dengue fever symptoms include high fever, which can last for between 2 and 7 days, headache and muscle aches, a red rash on the hands, legs, and other parts of the body, stomach ache, nausea, and loss of appetite. Some patients can go on to develop more severe symptoms and can collapse from shock or even die. Opas advises family members to monitor the condition of dengue patients closely and seek medical attention if the fever does not begin to reduce in 2 days with temperature reducing medication or through cooling the body with wipes.

The DDC chief says people should check for potential mosquito breeding grounds and eradicate larvae from water containers and ponds, either by disposing of the water or using products such as Abate larvicide or larvae-eating fish.

Of the 193 dengue patients diagnosed this year, most were found in central Thailand, including Bangkok, Nakhon Pathom, and Samut Prakan.

riclag
Ain’t a day that goes by without using my REPEL 40% deet! I still have about 20 bottles ! Next year gonna have to bring over another batch from the states! Strong stuff and cheap! Can’t get strong deet up…