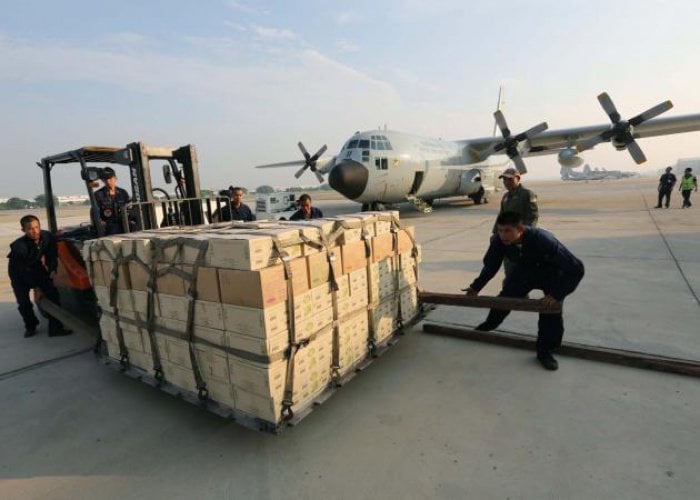 PHUKET: The government yesterday earmarked 100 million baht for agencies to use for relief efforts in Nepal, while 56mn baht was collected in donations from the public as of yesterday via different fundraising campaigns.

The devastating earthquake in the mountain kingdom has claimed more than 4,400 lives in Nepal so far.

The team will be setting up workstations at four locations, including the Thai embassy, a Thai Buddhist temple, and the Nepalese public health ministry.

Over the next two months, up to 10 tonnes of medical supplies will be delivered, he said, adding that the ministry has asked for 20mn baht to fund this operation. The medical supplies alone will cost around Bt8.3 million and will be provided by the Government Pharmaceutical Organization.

Dr Surachet said antibiotics would be needed to stop wounds from becoming infectious.

Currently, 45 Thai nationals are being sheltered at the embassy, he added.

Separately, the 100mn-baht budget yesterday was approved by the Cabinet, in addition to the US$200,000 (6mn baht) the government donated earlier, $500,000 donated by the Thai Red Cross Society, plus 100,000 baht given by Prime Minister Gen Prayut Chan-o-cha.

All government agencies working on relief operations have been instructed to monitor the situation in Nepal and come up with contingency efforts upon receiving requests, deputy government spokesman Maj Gen Sansern Kaewkamnerd said.