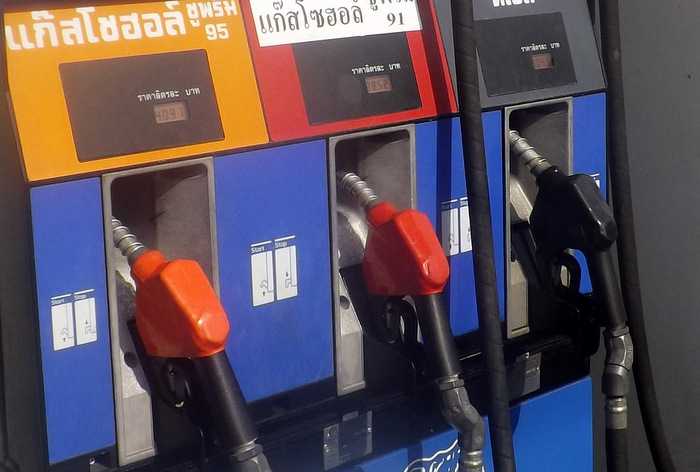 PHUKET: The National Energy Policy Committee has lowered the price of diesel fuel and petrol by 1 baht and 2 baht a liter respectively in what has been labelled a New Year gift in line with government policy,

“This is a gift from the government in celebration of the New Year,” Prime Minister General Prayut Chan-ocha said yesterday.

He added that since the National Council for Peace and Order, which he also heads, seized power from the elected government, fuel prices in Thailand had dropped by nearly 10 baht a liter.

“The prices may get even lower in the future,” he said.

PM Prayut said the fuel-price structure had been distorted, causing motorists to use liquefied petroleum gas and forcing the country to import more of the product.

Nevertheless, he said the LPG price for households would remain unchanged. For oil-based fuels, he said more price cuts were possible.

The Oil Fund, which currently has a balance of 20 billion baht, will be kept to help stabilise fuel prices when they go up, he said.

The supreme energy board agreed to restructure fuel prices, outlining six key policies: Energy prices must reflect their true costs; excise tax rates should be similar for each transport fuel; and cross-subsidy between fuel products must be reduced.

It also said the marketing margin of motor-fuel retailers must be at appropriate levels and low-income earners must be taken care off.

Fishermen rescued off Trang as boat capsizes in heavy seas