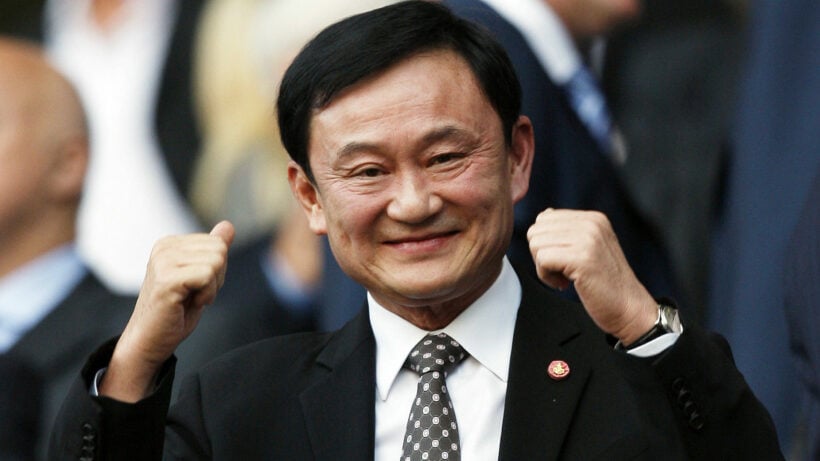 Former Thai PM Thaksin Shinawatra, and current fugitive, was infected with Covid-19 but has since recovered. BBC Thai report that the former prime minister has recently returned to his Dubai home after an extended stint in hospital. Thaksin says that he only informed the people closest to him about the infection. His is now 71 years old.

“I was discharged from the hospital more than 20 days ago. I am fine now.”

Thaksin says his symptoms first became apparent in mid-August and his first test returned a positive result. He told BBC Thai that he was treated at a hospital in Dubai and then at the Cleveland Clinic in Abu Dhabi.

He eventually returned home on September 13 after a total of 7 tests during his extended treatment.

In July this year Thailand’s Supreme Court sentenced the former PM to 5 years in prison after finding him guilty of illegally owning shares in phone companies with government concessions, as well as conflict of interest, for changing concession fees and excise taxes to benefit his family’s company, Shin Corp. The court heard that Thaksin held a majority of shares, through proxies, in Shin Corp, which was granted an ‘anomolous’ concession by the state.

The case was suspended after Thaksin fled Thailand in 2006, but was revived after the proclamation of an organic law that allowed the court to hear the case in absentia. Thaksin claims the numerous cases against him have all been politically motivated.

And just this week, the Pheu Thai Party, the political party spun off early Thaksin-linked parties, this week chose a new executive board amid internal murmurings that the opposition was losing its way. The new executive includes a coterie of Shinawatra family supporters. Thaksin’s former wife has also become more prominent is recent press including some published photos of Potjaman Na Pombejra (Khunying Potjaman) with ‘prominent’ people.

After years of keeping a low profile, Potjaman stepped into the spotlight at a royal function in Bangkok 10 days ago which included an audience with HM King and Queen at the Dusit Palace. 2 days later, former Pheu Thai leader Sompong Amornvivat, chief strategist Sudarat Keyuraphan, and a handful of other key members tendered their resignations from their positions.

The new party executive is said to be concerned with the ‘radical’ demands of the current spate of student protests, which include calls for reform to the Thai monarchy. The former Pheu Thai executive were loosely supportive of the student protests. Earlier this week there was a swirl of Thai media speculation that Thaksin would be returning to the country, including a Deputy PM Prawit Wongsuwan scoffing the suggestion.

Thaksin and members of his family, including sister Yingluck Shinawatra, another former PM who was sentenced to 5 years imprisonment in 2017, still retain broad support in Thailand’s north and northeastern provinces.