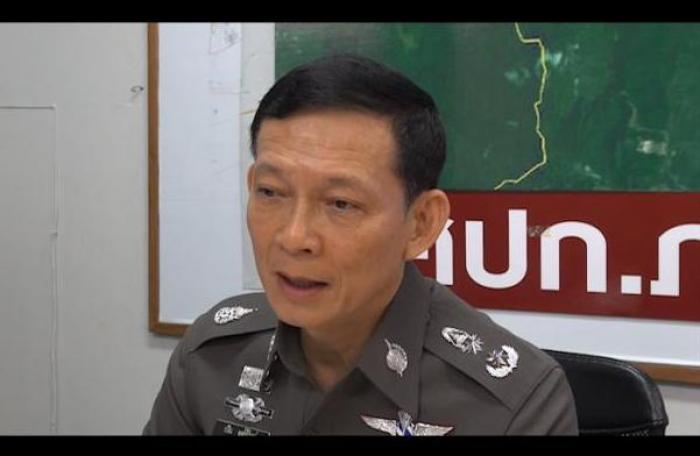 BANGKOK: A former high-ranking police officer, who headed a human-trafficking investigation that led to the arrests of state officials, is seeking political asylum in Australia, he disclosed yesterday.

Maj Gen Paween Pongsirin said he was seeking asylum, as he felt unsafe in Thailand.

“If I remained in the police force, I would be in danger. I sought help from my supervisors but received nothing – no protection, no mercy and no compassion,” he told The Nation.

“Even after I resigned from the service, nobody seemed to care. So I decided to bring my family to Australia immediately after the national police chief approved my resignation,” he said.

Gen Paween, 57, arrived in Melbourne on a tourist visa.

He resigned last month after being transferred, against his will, to the insurgency-plagued southern border region. Gen Paween told the Australian media that the traffickers he was pursuing were influential in that region and some senior police in the area were involved with the trade.

He then opted to quit rather than take up a new post, after allegedly receiving death threats.

“I worked in the trafficking area to help people in trouble. But now it is me who is in trouble. I believe there should be some safe place for me – somewhere on this Earth where I will receive help,” he told The Guardian.

Gen Paween said he was seeking asylum in Australia, as he has friends there who could assist him.

In May, Gen Paween was appointed head of the police team investigating a human-trafficking ring active in the South, after many shallow graves and bodies of suspected Rohingya immigrants from Myanmar and Bangladesh were found in the border area with Malaysia.

The investigation led to the arrests of more than 90 people, including local businesspeople, politicians, administrators and senior military officers, who were charged with human trafficking.

This list included Manas Kongpan, a powerful army general in the South, accused of being a linchpin and using his local influence to funnel migrants through the region. Gen Manas denied the charges.

Gen Paween’s unit was disbanded and the investigation declared complete in early October.

Speaking before he left the country and visibly shaken, Gen Paween said he was ordered to stop the investigation prematurely and that many more officials were likely involved in the trade.

“There are some good soldiers, but in the police and the military, there are some very bad ones involved in human trafficking,” Gen Paween said to the Australian Broadcasting Corporation in Melbourne . “I feel deeply sad. It is so unfair that people who did these things will not be punished.”

He remains a witness in the trial of the officials charged in connection with the alleged trafficking of migrants. However, he said that he had no plans of returning to Thailand to testify in the case.

Amy Smith, executive director of Fortify Rights, said that the outlook was not promising for Thailand, regarding its battle against human trafficking.

“This trial is a test of Thailand’s commitment to end human trafficking, and the prognosis isn’t looking good,” Ms Smith said. “Gen Paween and other investigators should be supported to combat human trafficking in Thailand, not be forced into hiding.”