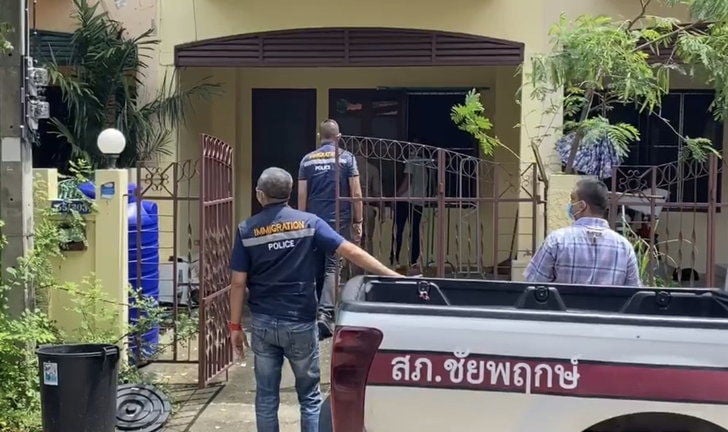 A foreign English teacher at a Sarasas private school in Nonthaburi was allegedly caught working without a proper visa and work permit after an immigration check. An investigation into all 42 Sarasas schools was prompted after a Thai teacher at the Sarasas Witaed Ratchapreauk School in Nonthaburi was allegedly caught on camera beating kindergarten students.

A Filipino English teacher at the school, who also allegedly mistreated a student, reportedly worked at the school on a tourist visa and didn’t have a work permit. Classroom surveillance camera footage shows a teacher, who Thai media identifies as “Teacher Marvin,” grabbing a student by the arm. The 25 year old Filipino teacher says he did not abuse the student and was just trying to get the student to the restroom because the student had a runny nose.

The investigation and review of classroom surveillance camera footage started after videos of a Thai teacher at the school, identified as Ornuma “Khru Jum” Plodprong, were shared online. The videos show a teacher pushing a 3 year old student to the ground and pulling another across the classroom. Khru Jum, along with teachers who allegedly witnessed the abuse, were reportedly fired.

Reports from Thai media say immigration checked all 74 foreign teachers at the Nonthaburi school, but the Filipino teacher was the only teacher at the school found to be working illegally. The teacher was not “officially” hired by the school, but started working at the school in July on a monthly salary of 20,000 baht, according to the school.

The Office of the Private Education Commission, or OPEC, set up a committee to investigate the 42 Sarasas schools. The Immigration Bureau has not announced if they will do checks at the schools, but OPEC secretary general Attapon Truektrong has asked the Sarasas schools to make sure teachers have a license issued by the Teachers’ Council of Thailand. The commission is also making sure the schools are abiding by other rules such as maximum class size.