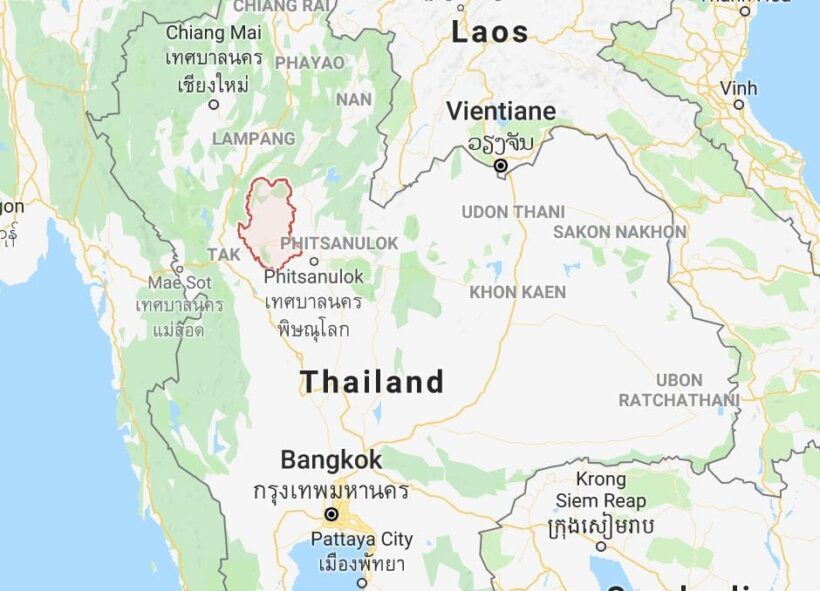 A man has died, along with his boyfriend, parents and aunt after his car crashed into a roadside tree in Sukhothai, central Thailand.

Si Satchanalai police were alerted a few minutes after midnight on Saturday morning that the accident happened on the Si Satchanalai-Uttaradit road in Ban Huay Sak village in Tambon Pa Ngiew.

25 year old Saranyu Thanomjit was found dead behind the wheel by police and rescuers. His boyfriend, 26 year old Nillakarn Kong-in, was killed in the front passengers’ seat.

Rescuers used iron cutters to free passengers from the back seat and rushed them to the district hospital where they died upon arrival.

Police learned from Nillakarn’s relatives that the couple drove Nillakarn’s parents and aunt from Tambon Dong Khu to join a merit making rite at the house of Saranyu’s sister in Tambon Sarajit. They stayed there until late at night before they were driving the parents and aunt home.

Police suspected the driver may have dozed off causing his car to crash into the tree at speed.

Influx of Indian tourists expected over the next decade