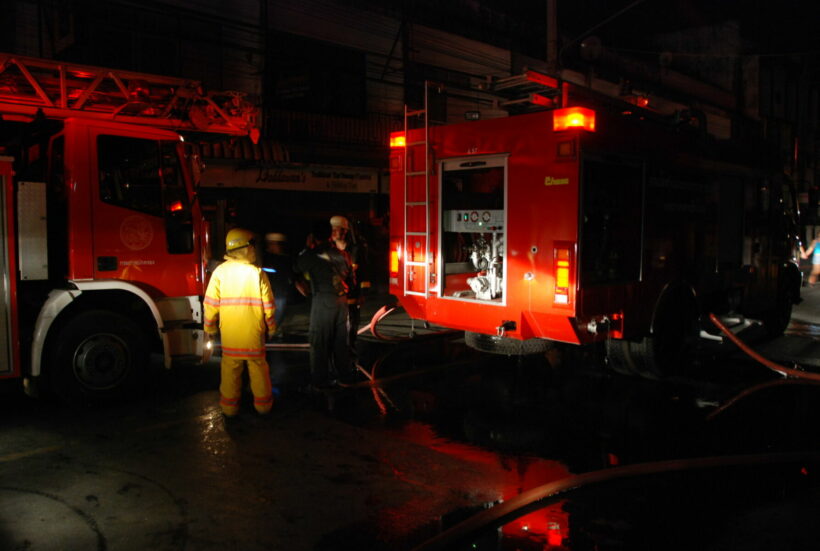 Early this morning, a fire ravaged 11 buildings used for keeping cosmetic products in Pathum Thani, a Thai province north of Bangkok. There were no reported deaths or injuries but the estimated damages exceed 50 million baht.

The fire covered 2 buildings at the corner of the blocks before it continued to the other units. 11 units were eventually damaged as well as 4 cars parked nearby. It is not known who alerted the local police.

The owner of Champ Beauty Center has talked to the police, albeit briefly, but police say the owner plans to give more information later.

What caused the fire is currently being investigated.

Last week in Rayong, a fire claimed the life of 1 person and injured 6 more. The incident is still under investigation.