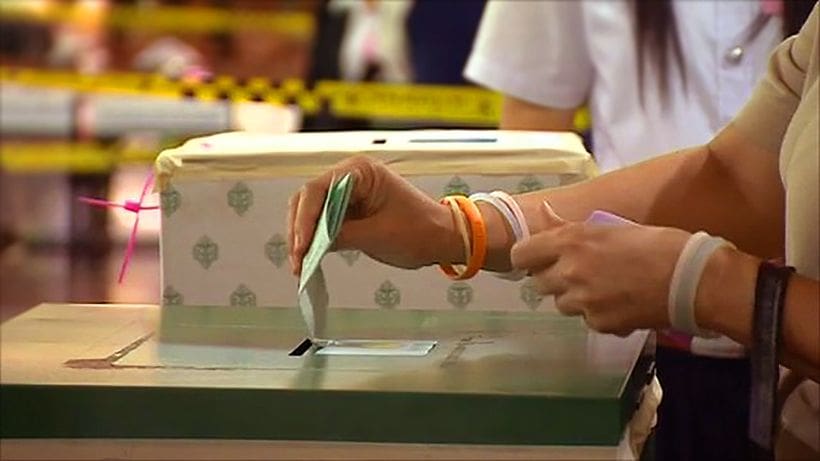 The forecast for two typhoons is relatively easy and accurate to predict. Predicting the next Thai election, less so. Place your bets (except that gambling in Thailand is illegal).

Thailand’s Election Commission has outlined a tentative time frame for the next election vote, starting from December 11, at the earliest, to May 9 next year, at the latest.

However, setting the exact election date can occur only after the junta imposed political ban is partially lifted to pave the way for political parties to meet and plan for the election, he added.

“But it will be a bit risky if (the election) is set for May 9,” Jarungwit said.

Asked about a remark by a government top figures that the election would be held on February 24, he said the EC could manage but it would depend on whether political parties were ready.

At issue is the need for political parties to conduct a primary vote to choose their MP candidates from among party members. Those wishing to run for an MP slot must join the party no later than 90 days before the election date, he said.

“We are ready to organise the election in 90,000 polling stations nationwide,” he said.