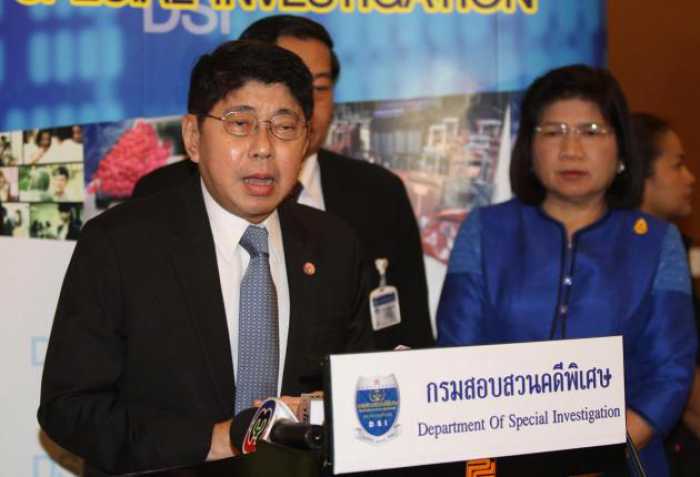 Most of the plots reportedly had fake SorKor 1 land-possession certificates that provided wrong coordinates and plot territory, he said, adding that if title deeds for a plot were obtained, they could be sold for 30 million baht per rai.

Col Prawut said the DSI would ask experts to analyse aerial images of the areas obtained by the National Anti-Corruption Commission (NACC) so the two agencies were on the same page.

Deputy Prime Minister Wissanu Krea-ngam, who presided over the Special Case Committee meeting, said the DSI probe would not be compromised. He said the committee would pick cases that were complicated and affected national order and morality.

He said that although some cases seemed to fit this bill, if they did not need special attention or swift action – for example, the statue of limitations was about to expire – the committee did not need to pick them up.

“The DSI doesn’t need to take up every big case. Crime investigations that police can handle should not be passed on to the DSI,” he said.

Deputy PM Wissanu said he would soon assign the committee to consider which of the existing special cases should be passed back to the police or the NACC.

He said the Special Case Investigation Act would be amended to include natural-resource and environmental violations among some 30 cases the DSI can automatically take up.

In related news, the Northern Peasant Federation said it was satisfied with its discussion with PM’s Office Minister ML Panadda Diskul at Chiang Mai City Hall yesterday in relation to villagers’ woes over the implementation of the government’s master plan to tackle forest-resource encroachment.

The group said it hoped to get further clarity on the matter when it met with Natural Resources and Environment Minister Gen Dapong Ratanasuwan on Monday.

After the three-hour meeting yesterday, the federation said Panadda had agreed with their proposal and would have relevant agencies proceed on trying to resolve problematic areas within the agreed time frame.

The group said the discussion with Dapong would be a key step to determining the government’s sincerity and its next move in response to the futures of some 20,000 communities – or 10 million people – currently located on state land.

Visas for men in marriage scam to be revoked