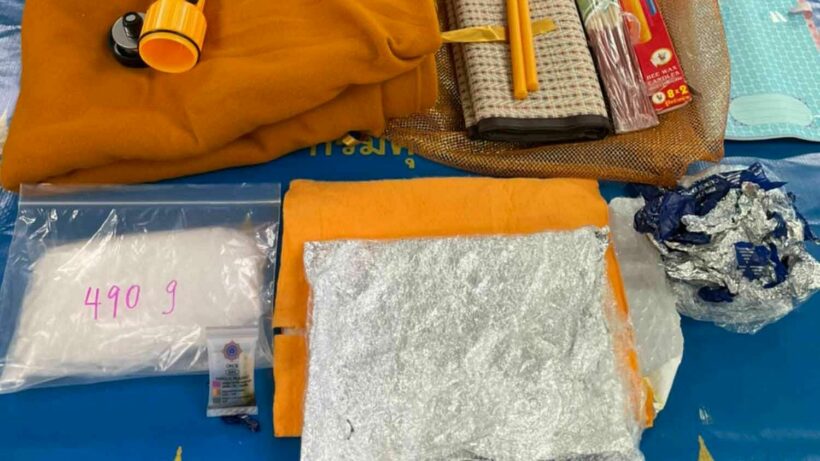 The drugs were found in 2 parcels and contained 490 grams of crystal methamphetamine secreted away in an orange monk pillow, nestled among other pieces of religious paraphernalia.

The other package contained 845 grams of opioid patches. Both packages came from Bangkok

ONCB secretary general Wichai Chaimongkhon says they’ve never found drugs hidden in religious items before. He adds that his office will share information with Australian authorities to try and locate the people who sent the packages.

Further, Wichai says the packages addressed to Australia, its neighbour New Zealand, Japan, and South Korea have been highly scrutinised as they are common destinations for drugs shipped from Thailand.

Dedinbed
1 hour ago, Thaiger said: The drug pillow What did pillow say falling off the bed .?  Oh sheet ..  Wonder if the pillow talked ..

gummy
16 hours ago, colinneil said: Clearly somebody thought use monks items less chance of it being stopped, how wrong they were. Amazing how people come up with different schemes to traffic drugs, some folk smuggle drugs, then claim that its…