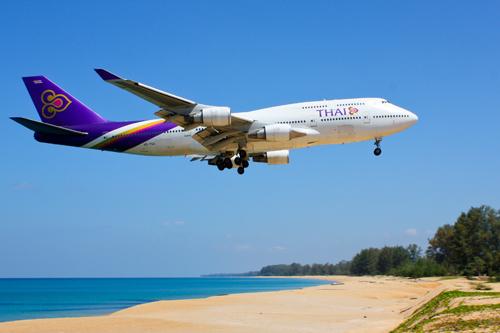 Thailand’s domestic air travel is seeing a 60% drop in the early weeks of the new year, thanks to the recent Covid-19 outbreaks around the country. The Department of Airports drew the figure from 20 airports under its supervison nationwide, according to Apirat Chaiwongnoi, the acting Director-General of the department.

Such domestic passengers at those airports also dropped in numbers from 30,000 per day before the new year, to 12,000, along with the number of aircraft in the sky dropping as well. Domestic travel was already well down on pre-Covid traffic levels, despite a slow increase over the past 6 months of 2020.

Apirat says before the long new year weekend, 160 flights went in and out of those airports on an average day, but now they have dropped by 40-60%, some parts of the country hit harder than others. He claims the reason for the drops is due to travellers not feeling confident of the effectiveness of the provinces’ quarantine measures in place. A Transport Ministry source says such heavy cancellations had started lodging with authorities from January 6.

Now, Apirat says the reduction in demand is forcing airlines to cut the amount of daily flights being offered. Some airlines are also asking the department to extend remedial measures, which include landing fee discounts, after they expired at the end of last year.

The executive vice-president of Aeronautical Radio of Thailand says the airline industry has suffered severe consequences due to the Covid pandemic. In Thailand, both domestic and international fights last year dropped 55% to 464,944, from just over 1 million in the year before. Thai Air Asia has also flagged the drastic drop in traffic, saying their business has been ‘destroyed’ by the second wave of the virus through Thailand.

However, a much-needed silver lining is on the way after Covid-19 vaccines are set to be distributed in many countries, including Thailand. The 2nd wave of the virus’ impact on flights will hopefully be short-term as officials are hoping tourism will bounce back later this year after the vaccines are distributed and start to affect the rise of new cases.