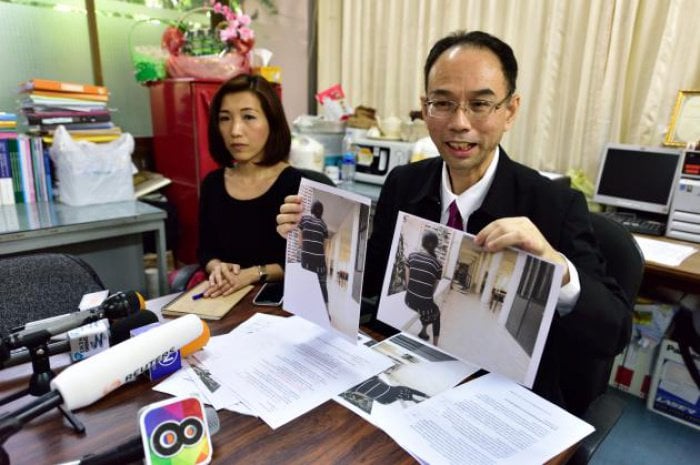 Domestic accuses WHO executive of exploitation
The Nation / Phuket Gazette

PHUKET: The Law Society of Thailand has taken up the case of an Ethiopian domestic worker, who has filed a police complaint, accusing her employer – an executive at the World Health Organisation (WHO) in Thailand – and his wife of exploiting her through harsh labor.

Law Society lawyer Surapong Kongchantuk said that the worker, 24, said she was employed by an Ethiopian couple, who reside in a housing estate where wealthy families live in the Pak Kret area. She said she had got the job through an agent to serve as domestic maid to the WHO executive since July 2013.

She said her employer picked her up from Ethiopia and took away her passport and she had not seen the document again, Mr Surapong said.

The worker claimed that the couple made her work from 5am until midnight and let her sleep in a small room, as big as a dog kennel. She said she was never paid any salary and was only given plain rice for meals.

On March 8, she alleged that she was hit for unknown reasons and kicked out of the house.

She said she contemplated suicide by jumping into a pond in the housing estate but another Ethiopian, who lived in the same estate, took her to a human rights NGO to seek help.

The NGO took her to a police station on March 18 to file a complaint against the couple on four offences, including human smuggling.

She went to the police station again on March 30 to file a complaint against them for confiscating her passport.

The Law Society has agreed to provide her legal assistance after the agency was called in to look into her case.

The society will set up a panel to conduct an in-depth investigation into her case and her circumstances to help the worker.

Pongpat gets another two and half years in jail