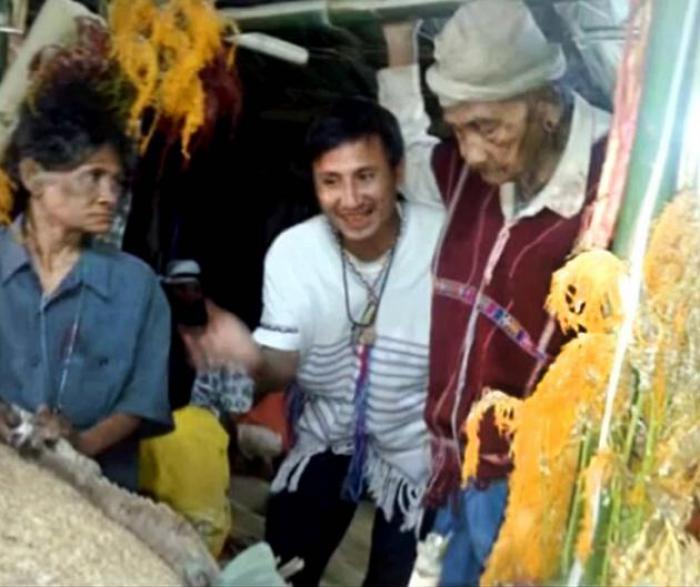 PHUKET: Several organisations including Human Rights Watch and Amnesty International Thailand, are pressing Thai authorities to speed up investigation into the disappearance of a leading Karen activist.

Por Cha Lee Rakchongcharoen, also known as “Billy”, has been missing since April 17.

“The disappearance of this prominent activist demands an immediate government response,” Brad Adams, Asia director at Human Rights Watch, said. “Thai authorities should not stay silent about Billy’s case but explain what happened to him.”

Amnesty International Thailand said Billy’s disappearance proved that activists working to protect human rights were subject to intimidation, especially when they have conflicts with state officials.

The head of Kaeng Krachan National Park, Chaiwat Limlikhit-aksorn, who is known to have had conflicts with Billy, has denied having had anything to do with the man’s disappearance.

The Karen Network for Culture and Environment’s Tanintharyi Region and the Cross Cultural Foundation have also demanded that police locate Billy as soon as possible. “The state should help the victim and punish the culprits,” the two organisations said in a statement.

They suspect that Billy’s role in suing Chaiwat and the Department of National Parks, Wildlife and Plant Conservation (DNP) might have had something to do with his disappearance. Three years ago, officials burned down the homes of Karen villagers living in the national park, and Billy helped the villagers take their case to the Administrative Court.

Meanwhile, witnesses said Billy was allegedly detained at a checkpoint last Thursday for allegedly having several bottles of wild-bee honey. Chaiwat also showed up to question him. However, there are no official records of Billy’s detention or charges, and he has not been seen since.

“Before he disappeared, he told me he was going to prepare the villagers for the court hearings,” Pinnapa said, adding that she believed his disappearance would affect the locals’ fight for justice.

“I am gravely worried about his safety,” Pinnapa said.

A group of Karen people called on Phetchaburi province’s deputy governor ML Kittibordee Pravit yesterday to help locate Billy. Kittibordee assured them that officials had already been told to work closely with police to find Billy.

Meanwhile, Chaiwat yesterday maintained he had nothing to do with Billy’s disappearance. “I am innocent,” he insisted, adding that some Karen leaders hated him for stopping them from cutting trees in the forest and thus wanted to “spread lies” about him.

“Now, they are even trying to portray me as a kidnapper,” Chaiwat claimed. He admitted to meeting Billy last Thursday, but insisted that Billy had not been detained or harmed in any way. “I welcome any investigation,” he said.

Issara Preuksahet and Suwanna Raman, student trainees from the North Bangkok University, said they were with Chaiwat when he rushed to meet Billy. “Initially, Billy was detained and brought into a pickup. But later, I saw Billy riding away on his motorcycle,” Issara said.

National Human Rights Commissioner Niran Pitakwatchara said yesterday that if police failed to locate Billy, then the people would feel that officials are not working to maintain justice.

PHUKET: Witthaya Arkompitak, deputy secretary-general of the National Anti-Corruption Commission (NACC), yesterday defended the NACC against complaints that it conducts its affairs with a political bias.

Pheu Thai Party spokesman Prompong Nopparit has submitted a letter to the NACC, asking about the progress in its investigation of seven projects and crises during the Abhisit administration allegedly tainted by corruption.

They include the rice-distribution scheme, failed construction of 396 police stations, palm-oil shortage and crackdown on protesters in May 2010.

Pheu Thai demanded that the NACC explain why it managed to wrap up probes into cases arising during the Yingluck administration, which came after those still-pending cases.

Witthaya said the delay in the inquiry into corruption allegations in the rice-distribution scheme was due to some necessary documents also being used in court trials.

The NACC would invite former Pheu Thai MP Pairot Issarasomchai to appear for questioning and would close the case soon, he said.

PHUKET: It will take another three to five days to extinguish a fire at the Tambon Ban Phaeng Municipal dump in Nakhon Phanom, mayor Danai Sitthiwatcharachai has said.

As of press time, local authorities and fire-fighters were trying to control flames in the area. Villagers living near the 14-rai dump in Ban Tha Lat Thung said the fire, which started late last week, was sending out black foul-smelling smoke that was affecting them.

Ladda Kamsert, 76, said they were also disturbed by flies escaping the heat. Local residents want the dump moved further from their homes.

PHUKET: Education officials have begun a disciplinary probe into the school director who sat an assistant-teacher recruitment exam on Saturday.

His move has raised suspicion about exam cheating, but to date Pitak has maintained he simply wished to try the exam questions so he could guide his younger relatives on how to prepare themselves for such exams in the future.

“But no matter his intention, he must face a disciplinary probe. He went into the test without seeking prior approval from his supervising office. This is against regulations,” Supoj Jiamjai said yesterday in his capacity as the chief of Buri Ram’s Office of Primary Education Service Area 1.

The office has set up a fact-finding committee to look into Pitak’s case. Supoj expected the committee to conclude the case within the next few days.

Buri Ram’s Secondary Education Service Area 32, meanwhile, has received complaints that a group of suspects charged Bt200,000 to people wishing to become an assistant teacher, saying that they could help.

“We are investigating into the complaints,” the office’s director Kitti Booncherd said.