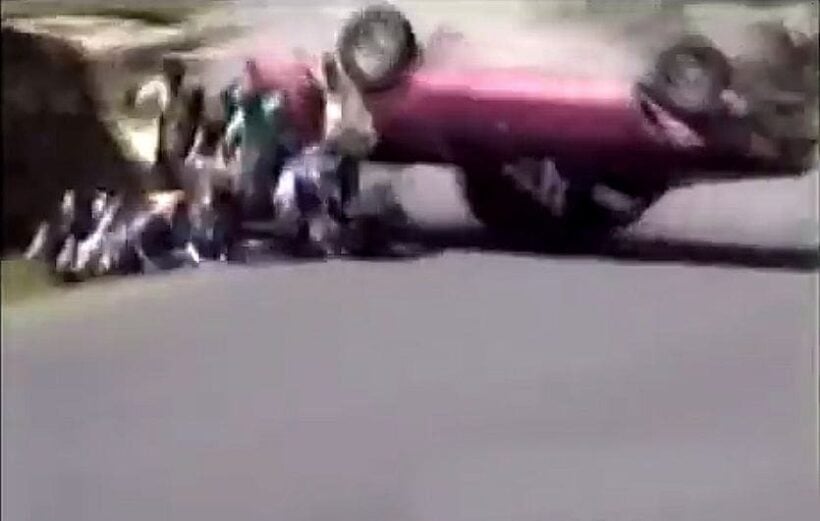 Police are not going to impose restrictions for people riding in the back of pickup trucks over the Songkran holidays this April.

The national deputy police chief Srivara Ransibrahmanakul has said it’s OK for passengers to ride in the tray space at the back of pick-ups “as long as they are deemed safe”. Last year suggestions to restrict or ban the carrying of passengers in pickups met a tsunami of social media outrage.

At the same meeting he instructed police nationwide to raise public awareness about drink-driving and to warn driver not to exceed .05% alcohol level or they could be subject to a court order to wear electronic monitoring bracelets.

He also announced that the number of road checkpoints will also be increased this year (you know the ones where police sit on the side of the road under an old white tent checking their phones).

The national police easing of restrictions for the Songkran holidays, the years most deadly time on Thailand’s roads, flies in the face of evidence of the many safety compromises made when carrying passengers in the rear of a pick up truck.

Firstly, the trays are not made for the seating of passengers, nor is there anything securing them to the tray or to prevent them falling out. Secondly, the passengers block most of the view of the driver whose rear-view mirror is now almost useless. Finally, stacking a large number of people in the rear of the pick-up can significantly alter the driving characteristics and balance of the vehicle.

This, from Phattalung in Thailand’s south over the weekend…

Posted by The Thaiger ประเทศไทย on Sunday, March 10, 2019