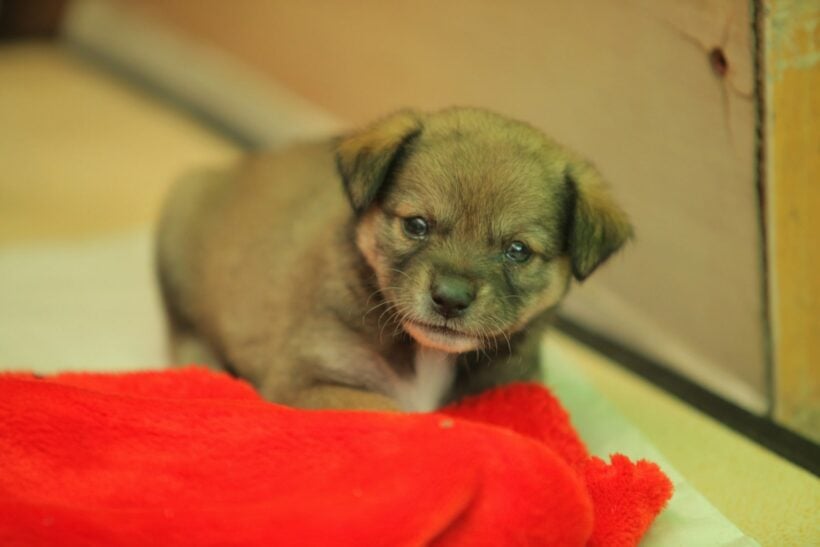 A media release from soidog.org

The panic over rabies that erupted at the beginning of this year seems to have died down. Fourteen people have died; dozens of dogs were poisoned and thousands more died after being incarcerated in government pounds as officials across the country stumbled to stamp out the spread of the disease.

Yet absolutely nothing was done about a potentially deadly contributor to the spread of the disease: puppy factories and the sale of their product – puppies – in markets and pet shops.

There are well-run, well-meaning puppy factories in Thailand, whose operators are genuinely concerned for the welfare of the pups and look after them well. There are also families and individuals who breed their pets for a little extra income. They, too, look after the pups well.

But there are many other much darker places where the owners regard puppies solely as product, produced at the minimum possible cost in order to maximise profit. Puppies from farms such as these are trucked all over the country for sale to pet shops or in markets.

If the pups are not sold quickly, they are simply dumped. Why would anyone deliberately throw away “product”?

John Dalley, founder and leader of the Phuket-based Soi Dog Foundation, explains, “In a puppy factory, the ‘dams’, or producing mothers, are kept constantly pregnant until they can no longer produce, at which point they are useless to the factory owner, who dumps or kills them.

“The pups that have been taken to market but have not been sold, won’t be brought back to the factory; their mother is already pregnant with a new litter and won’t look after them.

“If you take a purely objective ‘lowest possible cost’ business approach to breeding dogs, there is no point in taking them back to the factory, where you would have to pay to feed them, because the mother will not. So, you dump them.”

He says that Soi Dog also comes across litters of pups with birth defects that have been dumped. He believes that these, too, are often the products of puppy factories.

“But the defective pups have no value and are doomed to be thrown away.”

In addition, “pure bred” dogs often suffer from diseases caused by inbreeding. Breeds that are popular in Thailand because of their cuteness, such as Shi Tzus, French bulldogs and pugs, for example, are susceptible to breathing difficulties and eye diseases.

As the veterinary bills mount, some owners may decide it’s better simply to get rid of the dog.

Or the dog may die. Puppy factory owners don’t care, Mr Dalley says, if the cute puppies they are selling are in poor health and die after being bought. Indeed, if a cute puppy dies, the buyer may go back to the market to buy a replacement – for the vendor, that’s a double sale to the same buyer.

Also, thrown away or dumped in temples around the country are perfectly healthy pups that were sold to people who did not realise that puppies pee on carpets or sofas, or chew expensive shoes. They have no idea how to train their pup not to behave in such distinctly uncute ways. So, they throw them away. 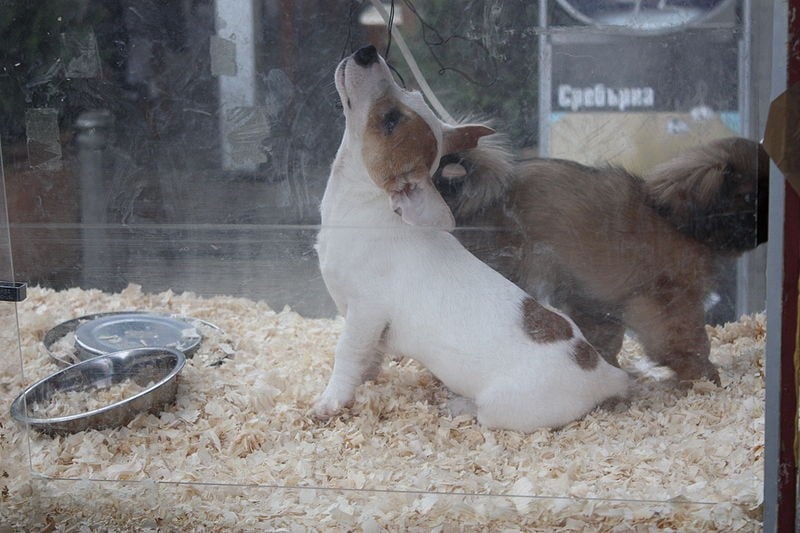 To dog lovers all of this may seem horribly distressing but others may ask, “Why are you telling me this? How is it relevant to my life?” The answer is that there is an added dimension to puppy factories: the connection mentioned above between rabies and factory puppies.

Puppies need to be 12 weeks or older before they can be vaccinated against rabies.

But most factory puppies sold in markets and pet shops are much younger than that – as young as four weeks – because they are cuter and cuddlier and therefore sell more easily. But none of them are vaccinated. They are too young.

Thousands upon thousands of these very young pups are moved around the country every month, Dalley says.

“And given that many of the puppy factories are all about profit, they probably don’t spend money on vaccinating the mothers. If a dam contracts rabies, she will pass it on to her pups.

“Rabies is endemic throughout Thailand except, according to the government, in Phuket. Some parts of the country, as we have seen, can become hotspots. Imagine if unvaccinated pups from close to a rabies hotspot are brought to a market near you.”

What few people understand, he says, is that humans do not usually contract rabies from some crazed foaming-at-the-mouth monster that attacks them in the street. The majority are bitten by their own pet, or licked on an open wound – which transfers the virus just as effectively.

Particularly effective at transferring rabies are playful puppies, with their needle-sharp baby teeth. Unvaccinated puppies such as the ones from puppy farms.

There was a case 8 years ago that became a news headline when a pet shop owner of ‘Take Care Pet Shop’, located in the renowned JJ Market, in Bangkok, died of rabies after getting bitten by one of the dogs she was selling. The scare spread across the pet area of the market and the Bangkok Metropolitan Administration (BMA) had to warn customers from Take Care Pet Shop to monitor the puppies and dogs they bought from there. (news link https://news.mthai.com/general-news/68321.html)

Dalley says, “Given the ‘rabies outbreak’ scare earlier this year, I am surprised that the government has done nothing to regulate and curb the trade in factory-bred puppies.

“We saw they were capable of controlling the movement of livestock when the H5N1 bird flu took a grip on Thailand from 2004 to 2006.”

Those Thai government actions were effective. Seventeen people died in Thailand in that period. But World Health Organisation figures show that there have been no deaths from bird flu in Thailand since then.

“That unvaccinated puppies can legally be transported from rabies-endemic areas to a rabies-free area such as Phuket is madness,” Dalley says.

He notes, “In Thailand there are no regulations at present governing puppy factories which potentially are producing rabies-infected puppies and also adding to the stray dog problem.

And if you want a puppy, he adds, “At Soi Dog, we have many looking for new homes. They are healthy, fully” vaccinated and – best of all – they are free to a good home.”