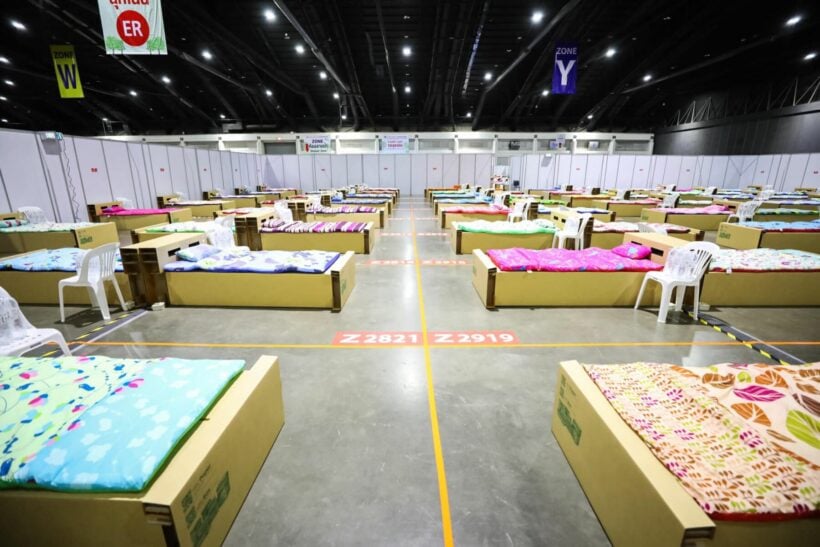 With the rapid-spreading Delta variant of the virus becoming more prevalent in Thailand, the CCSA says they expect the average number of daily new Covid-19 cases to double in the next few weeks. Health officials are now preparing for daily new cases to hit 10,000.

With the emergence of the highly transmissible mutated strain in Thailand, not only has the number of new Covid-19 infections increased, but the number of patients in critical condition and on ventilators has also increased. The CCSA expects the severe cases to continue to rise, according to Ministry of Foreign Affairs Department of Information News Division director Pensom Lertsithichai, who gave the daily CCSA report in English.

“What we are experiencing now in Thailand is the rapid spread of the Delta strain.”

The spokesperson referenced a recent study on the spread of the Delta variant in other countries, saying that based on the data found, the number of Covid-19 cases could double every 2 weeks.

Health officials are preparing for the potential spike in Covid-19 infections and a new field hospital is being set up at Bangkok’s Suvarnabhumi Airport to house patients with mild to severe symptoms while more community isolation centres are being set up in northern Bangkok, Pensom says.

The Public Health Ministry is now setting up the 5,000-bed field hospital at the airport’s Satellite 1 building, which is planned to open in early August. 1,360 beds will be for severe cases.

“So this is to help prepare for increased numbers of cases.”

Provinces outside of Bangkok are being advised to prepare more hospital beds as the infection rates in areas across Thailand are now almost on par with the rate in Bangkok, the epicentre of the latest wave, Pensom says.

Today, the CCSA reported 6,519 new Covid-19 cases and 54 coronavirus-related deaths. The Alpha variant of the virus has accounted for most cases in the latest and most severe wave of Covid-19, first recorded on April 1 in Bangkok’s Thong Lor and Ekkamai nightlife districts. 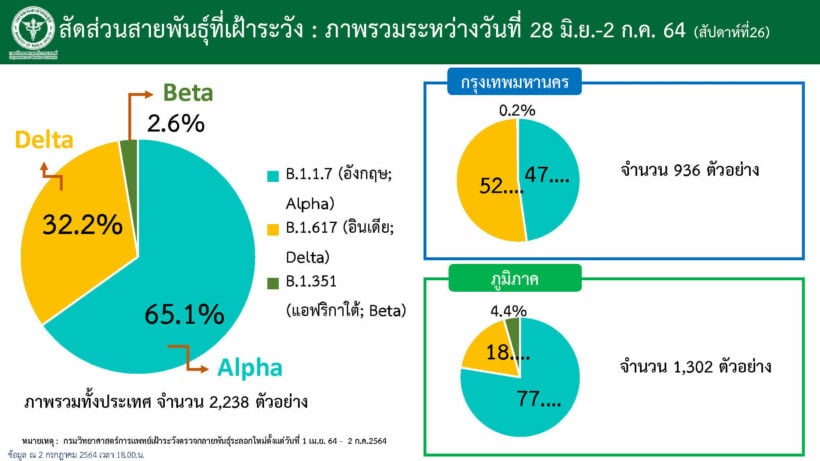 Graphic by the CCSA

AdvocatusDiaboli
1 hour ago, Thaiger said: says they expect the average number of daily new Covid-19 cases to double in the next few weeks. For it to double they would have to actively test. For that the government would have to…

Soidog
38 minutes ago, Malc-Thai said: Yes soidog.. in uk doubling fairly quickly, but looking at data mostly unvaccinated and single vaccinated that are getting this so spot on with herd immunity.. thats what's worried me here in phuket, in an earlier…
pascal
well, i did notice many of us , who are not expert, did foreseen such number since the beginning of the new wave ........ if this really happen Thailand will have to close the border and apply agressives measures which will…
HolyCowCm
Probably well over 10k per day if they tested properly.
Millcx
5 hours ago, Thaiger said: With the rapid-spreading Delta variant of the virus becoming more prevalent in Thailand, the CCSA says they expect the average number of daily new Covid-19 cases to double in the next few weeks. Health officials…