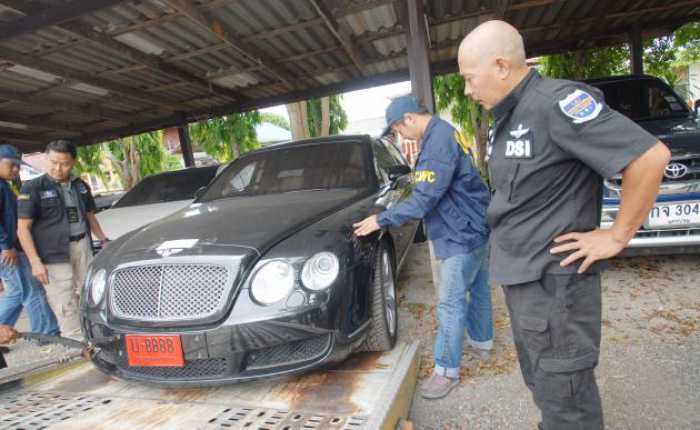 PHUKET: Two officials from the Customs Department have been moved to inactive positions pending investigation into their role in the disappearance of some 500 luxury vehicles that went missing from the customs’ bonded warehouses.

Customs Department chief Somchai Sujjapongse said yesterday that some 100 cars had been retrieved so far and that the authorities would seek information from importers to help find the other missing cars.

These vehicles were stored along with other dutiable goods at the warehouses – which comprise state-owned facilities and private operators’ storage spaces – pending tax payments. Imported goods can be stored at customs warehouses for up to a year, while importers can temporarily remove these goods by placing a deposit and providing a sound reason for the removal, such as modification, maintenance or presentation to customers.

Many of the missing vehicles were reportedly taken out in such a manner, but not returned. Some had also reportedly gone missing while being taken to the warehouse, an informed source said. The importers of luxury cars were mostly independent car deals, though some were also rich and influential individuals.

Somchai said his office would install a radio frequency identification (RFID) system in imported cars this year to stop them being stolen while being transported from the port to the warehouse.

But the source said luxury cars would continue to disappear from warehouses because some business owners had good relations with officials who take bribes and let the cars out so they can be displayed at showrooms.

Also, many operators get cars released for “modification” or maintenance, but actually just sell them to customers, the source said, adding that this was because they did not want to pay tax.

Surachart Janthavatcharagorn, head of the Tax Incentives Bureau which is in charge of bonded warehouses, said these facilities had clear guidelines to follow when goods were brought in or taken out and were required to report to the Customs Department on any movement of goods and their whereabouts.

So warehouse owners would be held responsible for the missing vehicles, he said.

Separately, in another press conference yesterday, Somchai lauded the Customs Department’s work this year on cracking down on goods smuggled into the country, pirated products and falsely declared items worth a total of Bt120 million.

These goods, apparently seized at Laem Chabang port in Chon Buri, included 28 boxes of used parts to assemble 69 “super-bikes” worth Bt40 million falsely declared as something else. The motorcycles were allegedly set to be exported to Hong Kong.

Some 342 people have been arrested for tax evasion by port officials at Laem Chabang this year and collected a total of Bt106.41 million in tax and fees.

NACC stands by case against Yingluck, asks if all files read