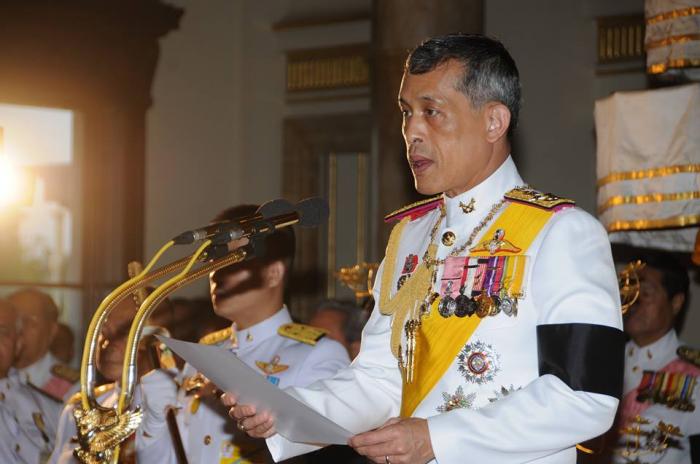 “The NLA, which now functions as the Parliament, has received the Cabinet’s resolution.

The NLA president will now invite the Crown Prince to accede to the throne and become the next King of Thailand,” Mr Pornpetch said.

The five-minute meeting was attended by 243 lawmakers out of 250 NLA members. At the end of the session, Mr Pornpetch asked the attending lawmakers to stand up in a show of respect to “the new King”.

The meeting was held under Section 2 of the interim constitution, under which the cabinet submits the heir’s name for acknowledgment.

The interim charter’s Section 2 refers to Section 23 of the 2007 constitution.

According to Section 23, if the throne is vacant and the late King has appointed the heir in accordance with the 1924 royal law, the cabinet should notify the Parliament president (in this case, the NLA president) for acknowledgment.

The president then convenes a meeting to notify the parliament before he formally invites the heir to step up to the throne.