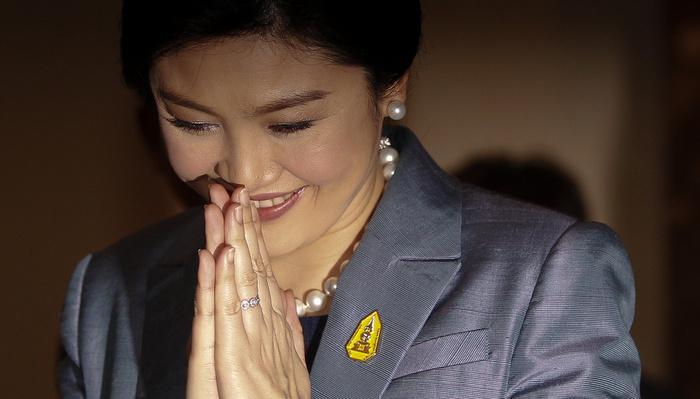 A Thai court found Prime Minister Yingluck Shinawatra guilty today of violating the constitution and said she could no longer serve as caretaker premier, a decision likely to increase tensions in the bitterly divided nation.

Judges delivering the verdict said Ms Yingluck had abused her position by transferring the country’s National Security Council chief to another post in 2011 so that a relative could benefit from related job moves.

It was unclear whether Ms Yingluck’s cabinet, or cabinet members at the time of the transfer in 2011, would have to step down along with her. Judges are still reading the verdict.

Ms Yingluck’s removal is likely to bring her supporters into the streets in protest.