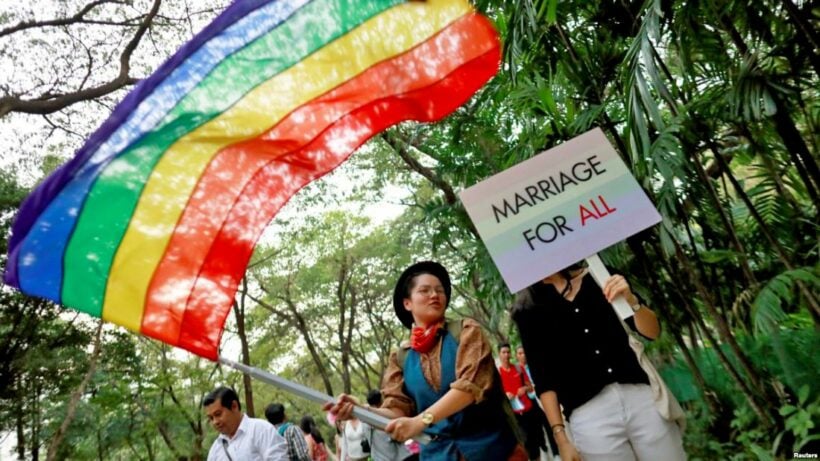 If you’re at least 20 years old, and one of you has Thai nationality, then, as a same-sex couple, you will soon be able to marry in Thailand.

The cabinet has approved the civil partnership Bill, paving the way for Thailand to become the first country in Asia to endorse same-sex marriage.

The current Bill, approved by the Cabinet yesterday, allows same-sex couples to adopt children, according to Nathporn Chatusripitak, an adviser to the Prime Minister’s Office.

The actual issue of children is not in the bill but is already covered in the country’s child adoption laws.

In terms of assets and property, the current Civil and Commercial Code applies, so will work in much the same way as with heterosexual couples. In terms of state welfare, the payments to government officials will also cover their spouses.

The Bill is poised to go before the National Legislative Assembly for a final decision. If passed it will be announced in the Royal Gazette and take effect 120 days after.

The NLA reports that they currently have a backlog 50 bills to be deliberated so the new civil partnership Bill may not be passed in the current session which finishes on February 15, a week before the general election.