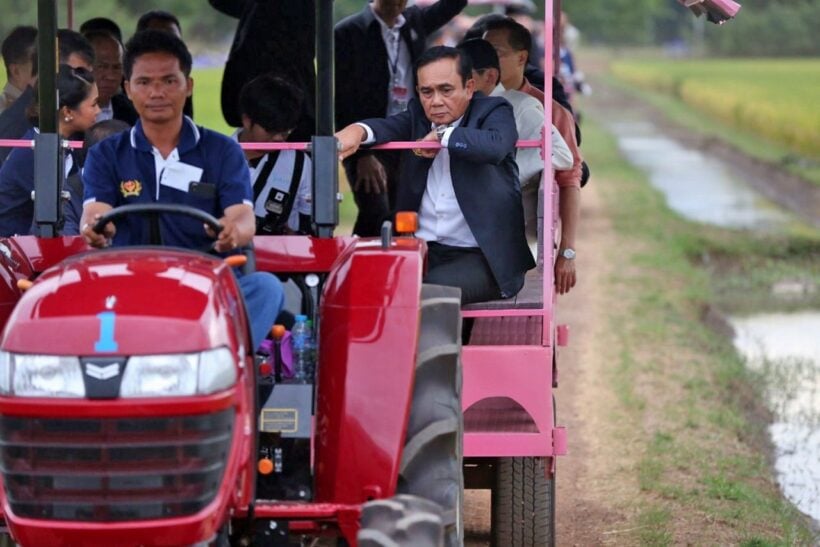 Amid claims that regional visits were an attempt to boost his popularity before the election, he said: “In the past four years, we have always had this kind of excursion. So, don’t think that we do this on purpose.”

The PM, Gen Prayut Chan-o-cha, yesterday said ‘no’ to financial demands made by groups from the lower northern provinces during a Cabinet meeting in Nakhon Sawan province, in the Central area, north of Bangkok.

“The provincial groups have requested a budget to improve the basic infrastructure. But we already have a plan to do it. So, the allocation will be based on the plan.”

He says that the government would look into matters that were urgent and needed allocation from the new national budget for the year 2019. If they required a large mount, the government may consider listing them in the master plan on the development of basic infrastructure, he said.

The government has been under scrutiny over concerns that it might go on a spending spree with taxpayers’ money in an effort to build popularity ahead of the election.

The Cabinet yesterday also turned down a proposal to increase the retirement allowance for some 600 officials serving the National Council for Peace and Order.

Deputy PM Wissanu Krea-ngam said that the Cabinet had not approved the plan and had asked the NCPO’s secretary office to reconsider whether the bonus was really necessary.

The NCPO has been under fire since the issue was in the news on Monday. Wissanu said that the number of officials involved had actually been cut down already from more than a thousand to 600.

He added that Prayut had remarked that the number could be reduced further.

It was uncertain when the issue would be resubmitted to the government, the deputy PM said.

90% of hotels on Koh Phi Phi found incapable of registration