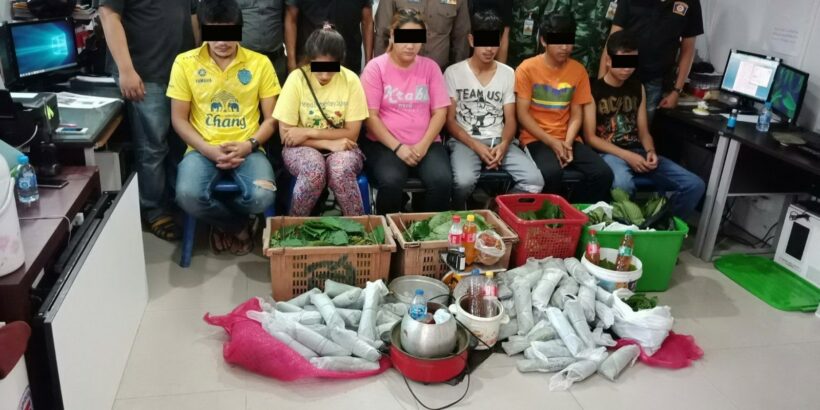 • Police arrested 34 year old Ampohn Chitchonlatan from Phuket. She was found with 15 of kratom leaves, 0.45 litres of liquid kratom, a bottle of cough syrup and a bottle of Coca Cola drink.

• Police arrested 29 year old Tippawan Chueasaman from Phuket. She was found with 9.5 kilograms of kratom leaves.

• Police arrested 29 year old Anwa Sidae from Narathiwat. He was found with 7.1 kilograms of kratom leaves.

• Police arrested 20 year old Sayutee Satae from Songkhla. He was found with 0.25 litres of liquid kratom and one bottle of cough syrup.

• Police arrested 20 Waemuhammad Sahaedeng from Pattani. He was found with 0.45 of liquid kratom, one bottle of cough syrup and one bottle of Coca Cola drink.

• Police arrested 27 Tanusorn Chitchonlatan from Phuket. He was found with 0.9grams of marijuana.

They have all been charged with illegal possession of Category 5 drugs with intent to sell. 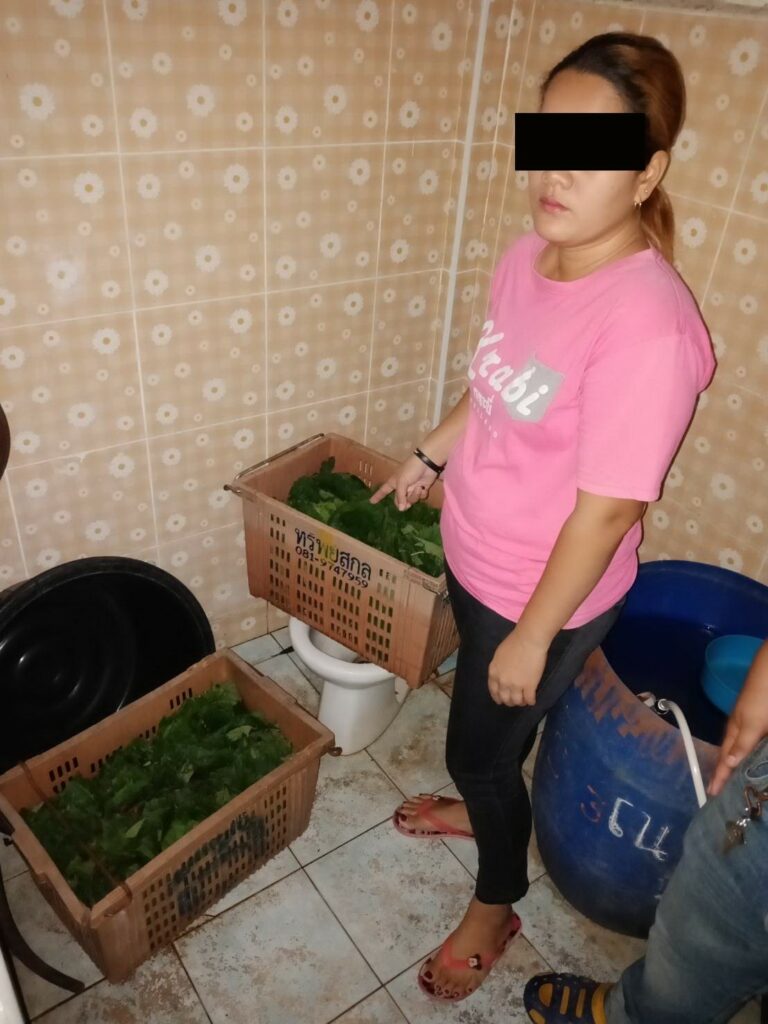