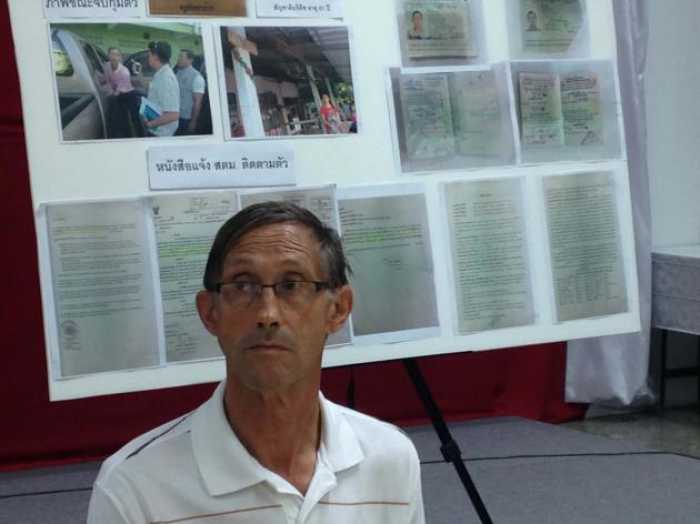 PHUKET: A British man, wanted for 17 counts of sexual violation and molesting girls under 14 in the United Kingdom, was arrested on Tuesday at a local school in Kumphawapi district in Udon Thani where he worked as a teacher, Immigration Bureau commissioner Pol Lt General Sakda Chuenpakdee said yesterday.

Suspect Robert David Hastings, 61, initially told police that he had been in Thailand since 2005 and, had a Thai wife. He went on to say he had returned to the UK to sort out his assets before settling here.

He told police he had contacted UK police about the arrest warrant which they insisted he return to face. However, his claim of having no money and request for financial aid didn’t get any reply until he found out during the arrest that he was wanted in Thailand as well.

He most recently entered Thailand via the Nong Khai immigration checkpoint and has documents to work as a language teacher at the school until March 31 in 2015, Sakda said.