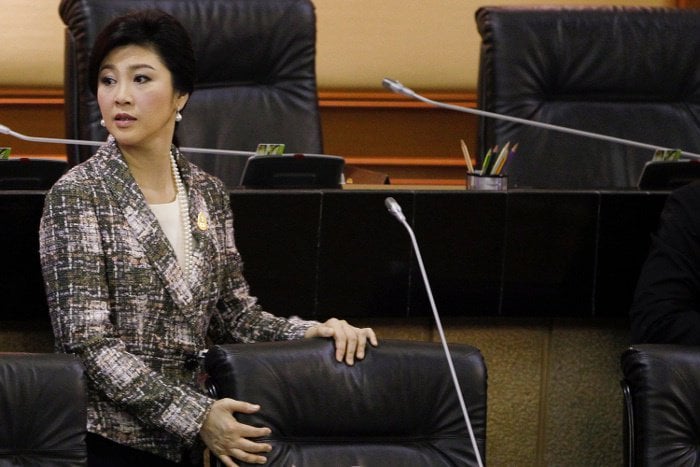 PHUKET: The National Legislative Assembly (NLA) today voted overwhelmingly, by 190 votes out of a possible 220, to impeach former prime minister Yingluck Shinawatra in the rice-pledging case.

The NLA members cast their votes in secret ballots on the two cases at the same time, starting at 11am. The results were known at noon.

The impeachment bans Ms Yingluck from politics for five years.

She was accused by the National Anti-Corruption Commission (NACC) of negligence in her duty as the prime minister, failing to act to stop massive corruption in the rice pledging scheme.

Mr Somsak and Mr Nikhom were accused by the NACC of abusing their authority as Parliament president and vice president, respectively, to push through charter amendments on the Senate composition.

The 220-member NLA failed to muster the three fifths of votes required to approve the impeachment request against Mr Somsak and Mr Nikhom.

Only 100 NLA members supported the impeachment request against Mr Somsak while 115 members voted to reject the request. Four other NLA members abstained.

Social media campaigns in the run-up to the handing down of today’s verdict have stoked fears of violent repercussions over the impeachment verdict (story here).