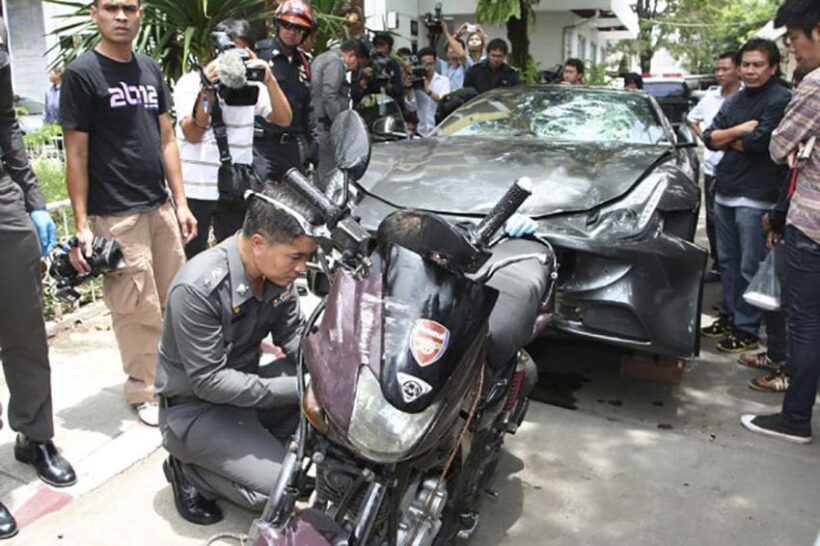 by The Nation Weekend

The Interpol website’s removal of its red notice against Thai fugitive Vorayuth “Boss” Yoovidhya, involved in a 2012 hit-and-run road incident in which a Bangkok policeman died, will negatively affect an international effort to bring him to justice.

This claim from a senior Thai prosecutor.

While the Interpol matter is directly handled by the Royal Thai Police, Amnaj Chotichai, director-general of the Attorney-General Office’s International Affairs Department, said the red-notice removal should theoretically have no legal effect on the controversial case.

However, he believes the removal will make it more difficult to arrest Vorayuth due to the lack of international public information now available on Interpol’s website.

The case concerns Vorayuth, a grandson of Chaleo Yoovidhaya, founder of the internationally-renowned Red Bull energy drink, and heir to the family’s multi-billion-baht business empire.

He was driving his Ferrari when it hit traffic policeman Wichian Klanprasert in 2012 and he fled Thailand after a warrant was issued for his arrest. Vorayuth was last seen with female friends in London last year.

According to Amnaj, the Interpol red notice for Vorayut remains intact because it will end only when the suspect is dead or when the statute of limitations has expired in the matter. In other circumstances, he said, a court could only order that the case be suspended or closed on a recommendation from public prosecutors, after which police could notify Interpol to remove the red notice.

Earlier, Pol Colonel Krissana Patcharern, deputy chief spokesman for the Royal Thai Police, said various enquiries had already been made about the disappearance of the red notice for Vorayuth from the Interpol website, where it was first posted by Thai authorities back in September 2017.

Krissana said he was not sure what had happened but insisted that the arrest notice remained intact, even if it no longer appeared on the website. In addition, he said, there are other channels for law enforcement authorities still working on the case.

At this stage, Thai authorities are continuing to liaise with their counterparts in Interpol, but Krissana also noted that it was for Interpol alone to decide whether to put or remove red notices on its website. Krissana argued that the absence of the red notice on the Interpol website would not impact the ongoing effort to bring Vorayuth to justice.

However, he said, Thai police had still not received any information from Interpol on the whereabouts of Vorayuth, not even from those who had extradition treaties with Thailand.

Sources said the Interpol website generally removed red notices only when suspects had passed away or when it received requests from member countries to do so.

Due to Vorayuth’s billionaire family background, the case has been closely watched by the general public, especially those on social media who have expressed concern that justice may not be delivered following the death of the traffic policeman. 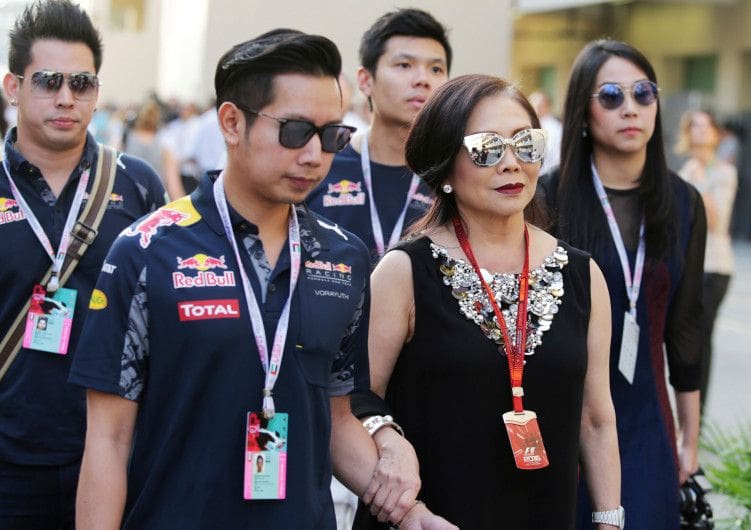