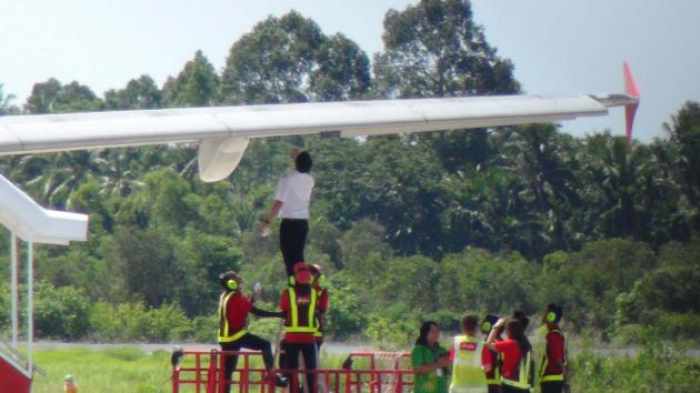 PHUKET: More than 100 Air Asia passengers were stranded at the Nakhon Si Thammarat airport yesterday morning after the aircraft booked for their flight was damaged, presumably in a collision with large birds.

The airline has promised to take care of the passengers. Inspection revealed the left wing of the plane had caved in with its flap severely damaged – very likely caused while the aircraft was descending into the Nakhon Si Thammarat Airport.

The plane landed at about 8am and was scheduled to take off for Bangkok half an hour later. Sirinart Chulkliang, an on-duty officer at the airport, said because of the damage, it was imperative to wait for a detailed safety inspection before the plane could take off.

Police set to crack down on football gambling