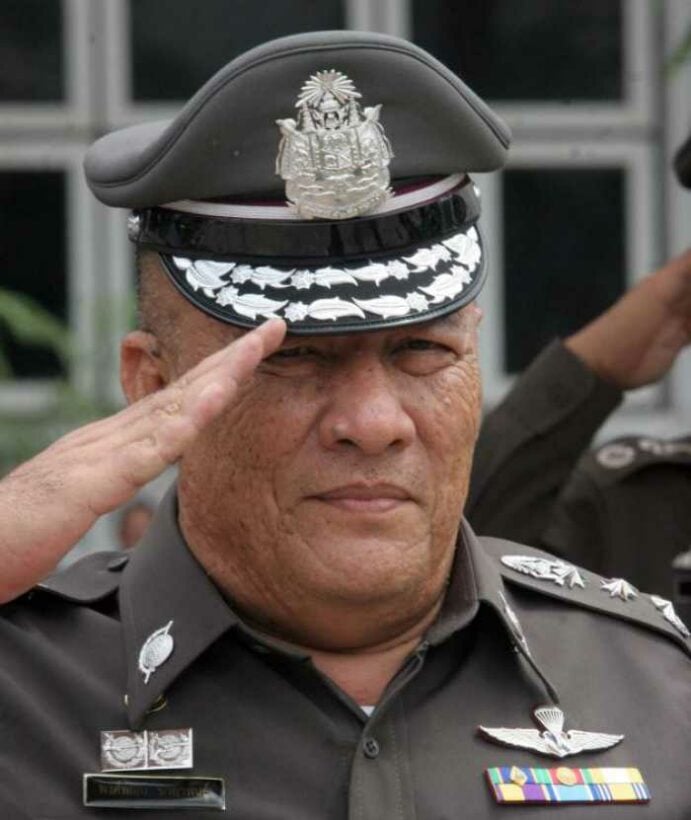 PHUKET: Police have found billions of baht’s worth of assets at the home of Central Investigation Bureau commander Lt Gen Pongpat Chayaphan, who has been suspended from service after being charged with several crimes, including Lese Majeste (story here), a police source said late yesterday.

The search yesterday reportedly turned up cash in both Thai and US banknotes amounting to billions of baht, as well as gold bars, rare Buddha images and numerous amulets, along with a large number of land title deeds.

Gen Pongpat and six other policemen were being detained at seven metropolitan police stations last night, after they were all taken to Bangkok-based military barracks at around 1am yesterday for questioning.

Royal Thai Police spokesman Lt Gen Prawut Thawornsiri said earlier that Gen Pongpat and the six others had confessed to their crimes. Three civilians accused of similar crimes were on the run and were being pursued by police, he said.

The cases would be clarified further and in greater detail at a press conference, said Gen Prawut, who is also an assistant national police chief.

Three civilians accused of similar crimes were on the run, he said.

As for the recent death of Pol Col Akkharawut Limrat (story here), Gen Prawut said a certificate issued by coroners on Friday said he suffered a broken spine at chest level, which was caused by a fall.

Col Akkharawut, transferred from a top position along with Gen Pongpat, had attempted suicide on three occasions after his transfer, he said.

“After giving his statements, he jumped off a building to kill himself out of distress and fear for prosecution, he said, adding that the colonel left a suicide note.

A police notice on Friday details their alleged crimes and lists eight more people – five police and the three civilians. Col Akkharawut had not been charged with any offence. His death was made known via social media posts yesterday.

Crime Suppression Division commander Chaithat Bunkham was transferred on November 13, but he was not on the notice, which comprises 10 people in total.