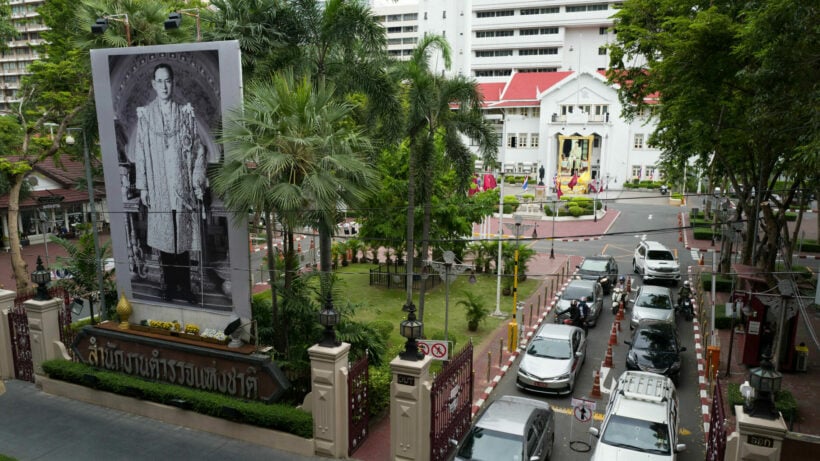 When the Central Police Forensic Science Division was alerted to the letter-altering, personnel were sent out around 9 pm to check out the changes for themselves. They collected evidence including possible fingerprints off the sign in front of the RTPO headquarters in Bangkok.

Thai media says special branch police filed a complaint with Pathumwan police to establish an official record. It was not reported what repercussions the vandals may face.

gummy
8 minutes ago, Thaiger said: Last night, the Royal Thai Police Office had their lettering defaced. The defacement includes the removal of multiple letters from signage, says Thai media. When the Central Police Forensic Science Division was alerted to the…
Chas
I wonder what it said after the letters had been removed?

GuyIncognito
I hope they removed some letter to spell rude words