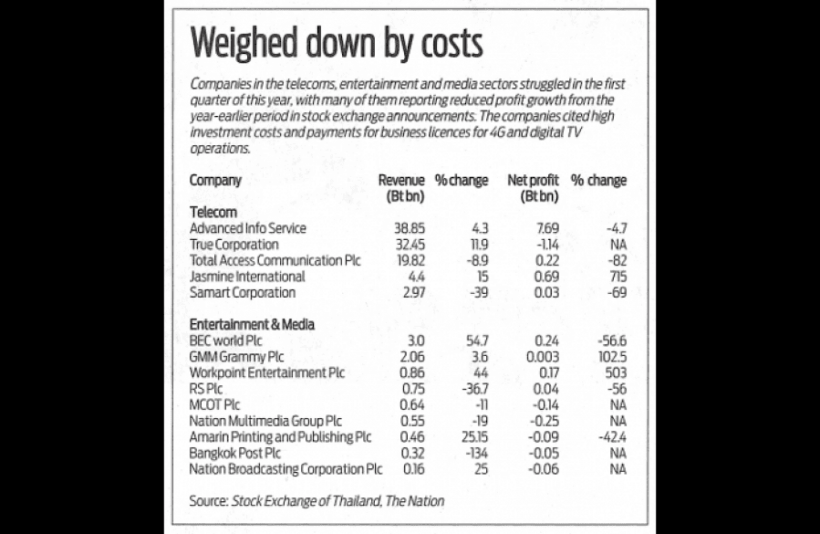 BANGKOK: With but two exceptions, listed telecom and media companies in Thailand continued in the doldrums in the 1stQ this year, with stagnant revenue growth resulting in continued or worsening losses.

According to Nielsen Thailand, ad spending in the first four months of 2017 dropped almost six percent, to 35 billion baht, from the same period last year. Analog TV was still the market leader with 15 billion of the total spend, but that was 11 percent down from the previous year, with the erosion flowing into digital TV whose share rose close to six percent to 7.5 billion,

Print advertising remained sluggish during the quarter, with both the Bangkok Post and The Nation reporting downturns.

Thailand ‘among top 20 most dangerous countries’ to visit