An anti-military dictatorship rap song has topped Thailand’s download list on iTunes after police and the government threatened legal action against the Rap Against Dictatorship (RAD) group.

The Prathet Goo Mee (My F…king Country’s Got…) went to the top of Thailand’s iTunes download list this morning to the cheers of RAD who posted a message to thank its fans.

The music video was uploaded to YouTube last Monday. By today, the YouTube clip was been viewed more than 5.6 million times and received over 297,000 likes (and over 4,900 dislikes). It also drew over 35,000 comments.

The backdrop in the video shows a historic scene from the massacre on October 6, 1976, when state forces and far-right paramilitaries attacked student protesters on the campus of Thammasat University and the adjacent Sanam Luang Square in Bangkok.

Police believe the rappers’ actions could have violated the Computer Crimes Act, which prohibits computer information inconsistent with the truth, undermines national security or causes public panic, he said. 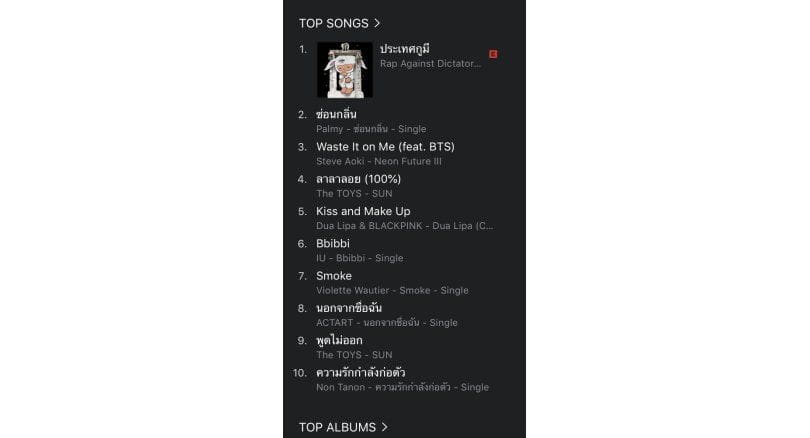 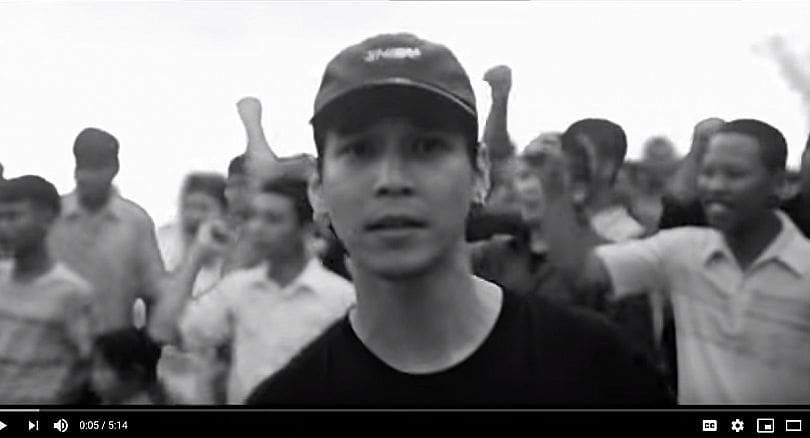