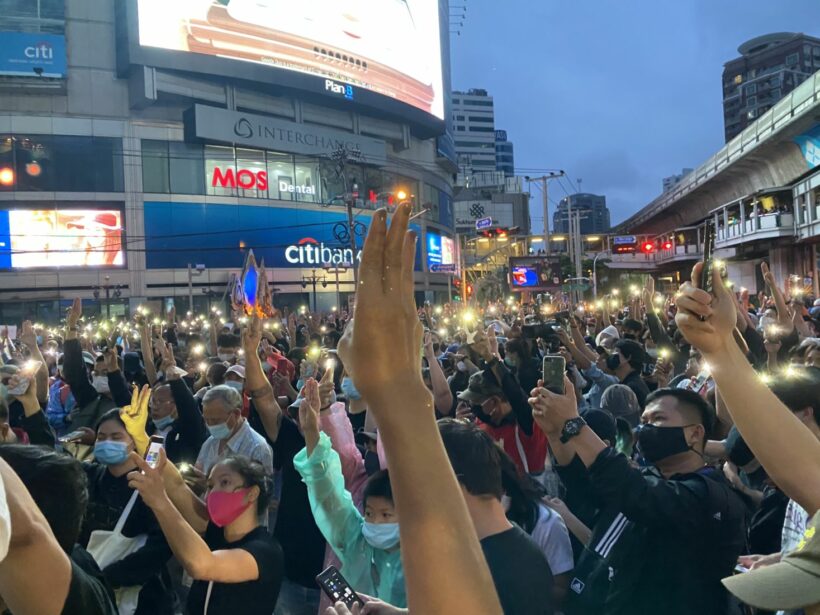 The human rights group Amnesty International has launched a campaign calling on PM Prayut Chan-o-cha to drop charges pressed on a number of activists for their role in the pro-democracy movement and to repeal, or at least amend, Thailand’s draconian lèse majesté law which carries a punishment of 3 to 15 years in prison for insulting or defaming the Thai Monarchy.

According to the campaign, at least 220 people, including minors, face criminal charges for relating to their actions in the pro-democracy movement. Activists are calling on government and monarchy reform, raising issues considered taboo and unprecedented in Thai society.

At least 32 demonstrators, including protest leaders, face lèse majesté charges under Section 112 of Thailand’s Criminal Code for speeches or actions at recent pro-democracy rallies, according to Amnesty International.

Thailand must amend or repeal the repressive laws it is using to suppress peaceful assembly and the expression of critical and dissenting opinions.

Amnesty International is calling on people to take action and send a letter to the prime minister, calling on the Thai government to change their approach when handing the ongoing protests to protect human rights.

Sample letter by the human rights campaign calls on Prayut to: