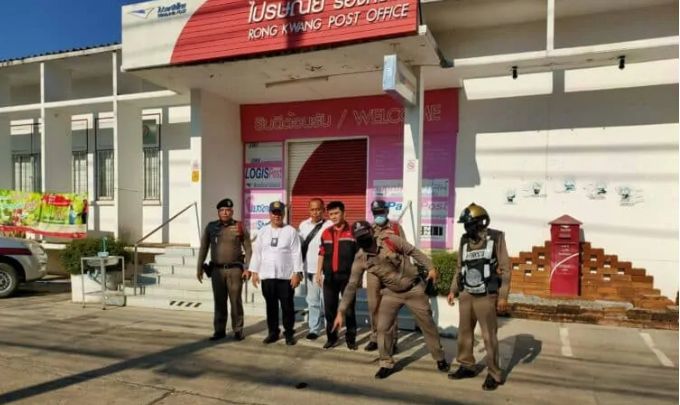 Police arrested 2 alleged drug dealers after a stray dog dropped off a bag full of amphetamine pills outside a post office in the northern province Phrae.

No one knows exactly where the dog found the bag of drugs, but surveillance camera footage shows the dog carrying the bag and dropping it off at the Rong Kwang district post office. The employees at the post office said it seemed as if the dog wanted to report a crime and they praised the dog for being so smart.

Police say 639 amphetamine pills were in the bag. Officers were able to track down the suspects. A 38 year old man and a 37 year old woman were arrested on charges of drug possession.