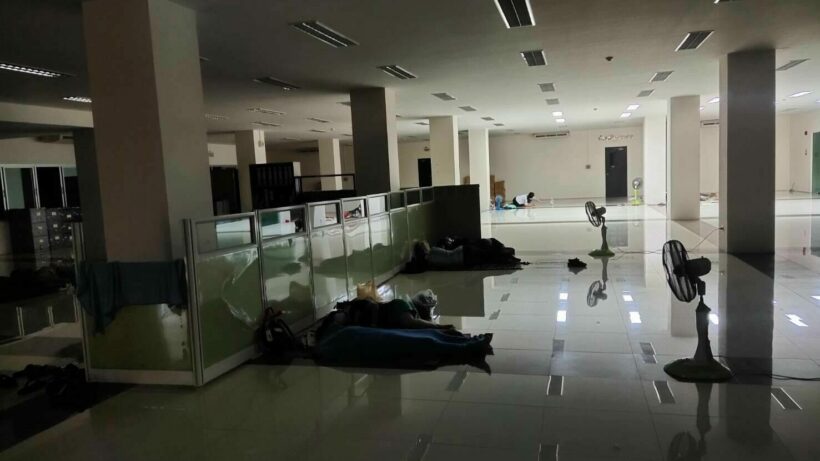 Earlier today, the Samut Prakan plastics factory was finally put out after over 25 hours. Now, the attention is on possible hazardous materials left in the fire’s wake.

The hazardous materials are reported to be harmful to both the environment and people who live near the site of the fire.

One of the main concerns is Styrene. Thai media reports that the synthetic chemical, used heavily in the making of plastics, has been detected within a 1 kilometre radius of the Ming Dih factory in Samut Prakan. The Pollution Control Department says not to return to the site, yet.

The styrene level found in the 1 kilometre is 1,035.47ppm. The level at which it can serious health problems is just shy of that at 1,100 ppm. Further out, in a 3 to 5 kilometre radius, the levels are low enough not to be considered a health risk.

Professor Weerachai Phutdhawong, warns that the chemicals detected in the black smoke are hazardous and can cause cancer. He implored inhabitants to use N95 masks. Further, to stay away from areas where the chemical odours are apparent.

There have been 7 evacuation sites opened in response to the fire. 1,000 people have sought refuge.

Natural Resources and Environment Minister Varawut Silpa-archa was asked if the factory had performed an environmental impact assessment study before opening. Varawaut said no such law was required 30 years requiring an EIA. Mobile units are checking the surrounding air quality.

The meteorological department has warned against using rainwater for a couple of days. Meanwhile, The Disease Control Department is monitoring the health of firefighters who were near the fire today.

Department Director, General Opart Karnkawinpong says the styrene monomer is a clear liquid that has a “unique order”. He did not elaborate on what “unique” meant.

Despite the warning about dangerous, cancer causing chemicals, many residents were still given the ok to go back home.

The National News Bureau of Thailand provided an infographic with further information on styrene, provided below. 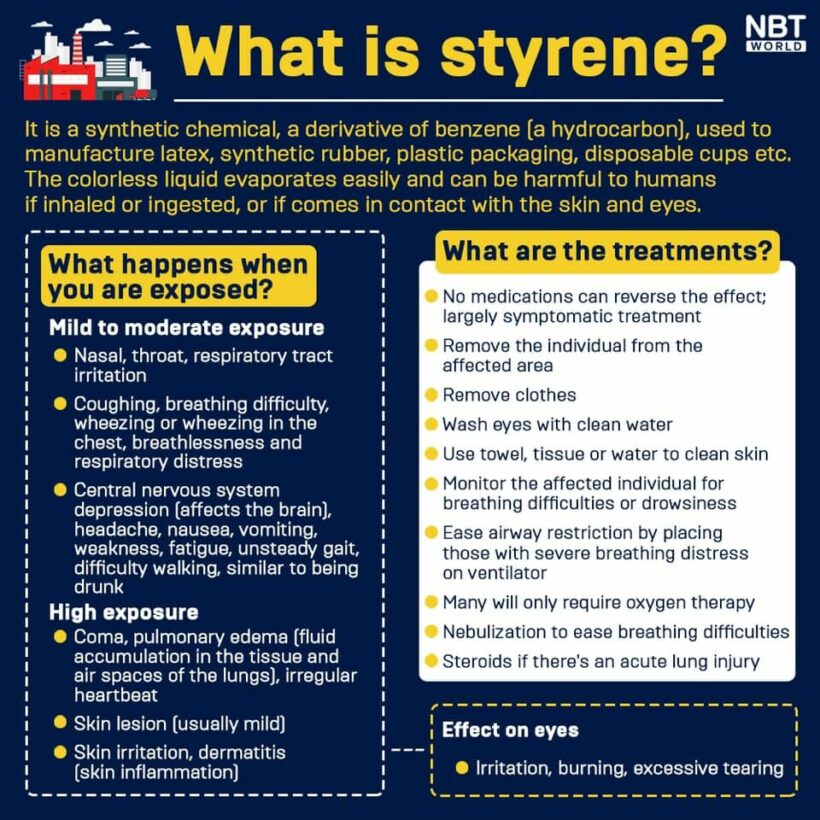