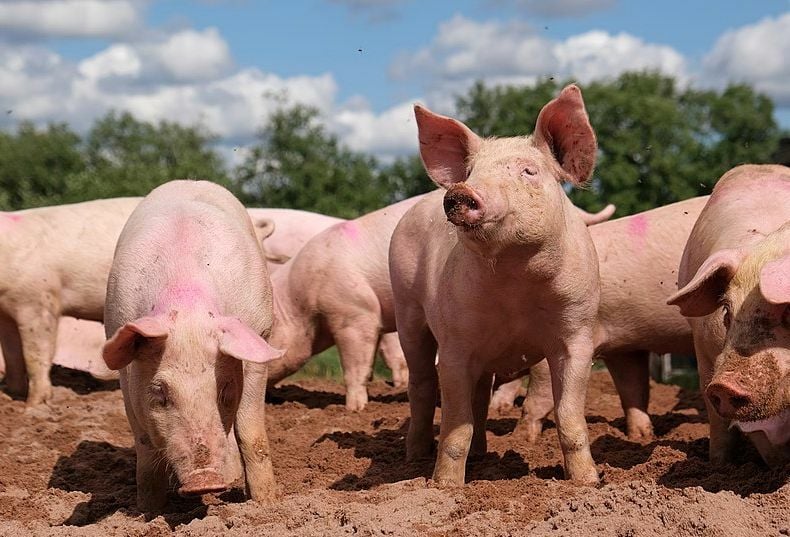 Provincial livestock authorities in Prachuap Khiri Khan discovered three pig farms in Muang and Thap Sakae districts were infected with African Swine Fever. The reports come in the midst of a pork price crisis said to be driven by an outbreak of the highly contagious and deadly viral disease of pigs.

The three areas had been declared ASF-hit and pig movements prohibited within a five-kilometre radius of the respective farms. Provincial livestock office chief Yutthira Banthukul said that farmers at larger farms raised pigs in a closed system. Smaller farms have a higher risk of diseases spreading, and have to take stricter protective measures, he says. Chief Yutthira says compensation had been paid to the farmers at 75% of the market price. He added that veterinarians were inspecting pigs within a one-kilometre radius of the farms, collecting samples for laboratory tests.

Countries around the world have had panics over animals contracting diseases, most recently with Covid-19. Last week, 2,000 hamsters at a pet shop in Hong Kong had to be culled because 11 rodents in the shop caught Covid-19. This has drawn concerns from animal rights activists.

ThailandBob
15 minutes ago, kalyan said: do we have any varients in the swine fever ? Yes, and CDC just announced that the variants will be named after famous TV pigs, starting with the name, "Arnold."

Noble_Design
3 minutes ago, ThailandBob said: Yes, and CDC just announced that the variants will be named after famous TV pigs, starting with the name, "Arnold." I hope there will be one named Peppa soon