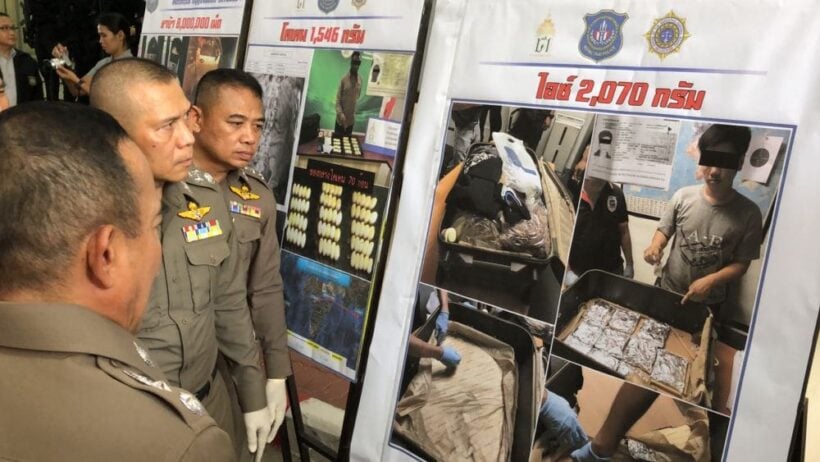 Police have seized a total of eight million methamphetamine pills, 2,070 grams of crystal methamphetamine and 1,546 grams of cocaine with an estimated street value of 800 million baht from three recent drug busts.

Four suspects were arrested and a fifth was killed during arrest.

27 year old Boonsong Wusueku was killed in a gunfight with police during the arrests.

The three men had been charged with having illicit drugs in their possession with intent to sell.

In the second case police and customs officials arrested 47 year old Bamba Adama, from Ivory Coast, who allegedly smuggled 1,546 grams of cocaine in his stomach at the Suvarnabhumi Airport.

He has been charged with smuggling cocaine into Thailand and possessing cocaine with intent to sell.

In the third case, a 28 year old Thai man, Anucha Krinwongsa from Nan, was arrested on March 19 with 2,070 grams of crystal methamphetamine at Suvarnabhumi Airport.

His arrests followed a tip-off a day earlier about a batch of drugs to be smuggled out of the country via the airport.

Anucha was apprehended after officers found the “ice” hidden in his luggage. He was charged with drug possession with intent to sell and attempting to smuggle drugs out of the country. 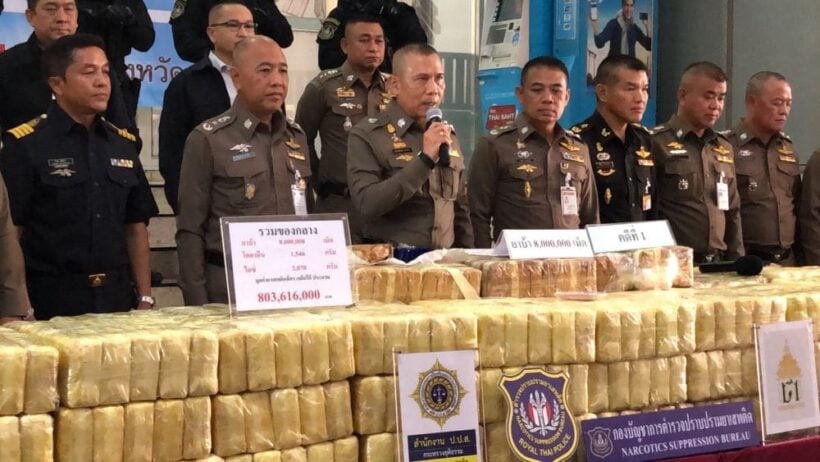 Some election results out by 8pm Sunday night