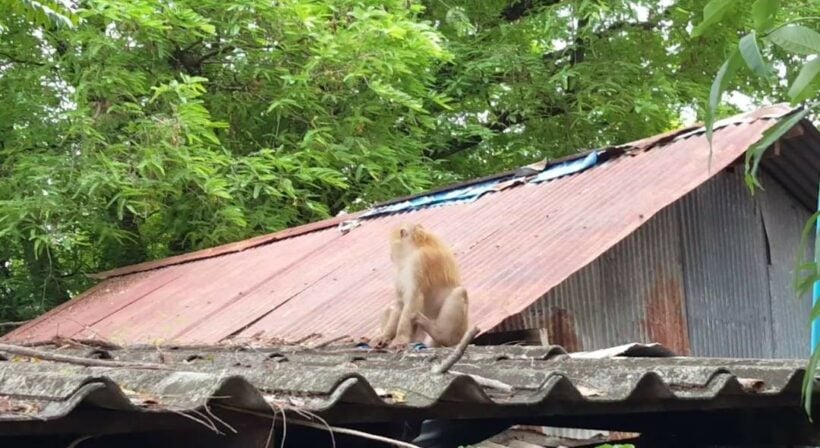 Whilst mischievous monkeys are being rounded up and sent to uninhabited islands around Phuket, one has found its way into a Chalong residential area.

A monkey was found running around homes in Chalong yesterday (June 16).

Officers of the Department of Disaster Prevention and Mitigation (DDPM) stationed at Chalong Municipality were notified at 10.05am that a monkey was searching for food around a worker camp in Soi Yod Sanae.

The monkey entered rooms in the camp and searched for food before jumping from the room and onto the roof. Local residents gave some fruit to the monkey.

Officers have tried to catch the monkey but failed as the rain made it slippery to climb around after the flee footed simian. The monkey escaped. Officers are asking if anyone sees the monkey to please call police.

“But please don’t try to catch it. They can get quite aggressive if cornered.”

Kim’s trip to Singapore – it’s a travel doco you just have to see!