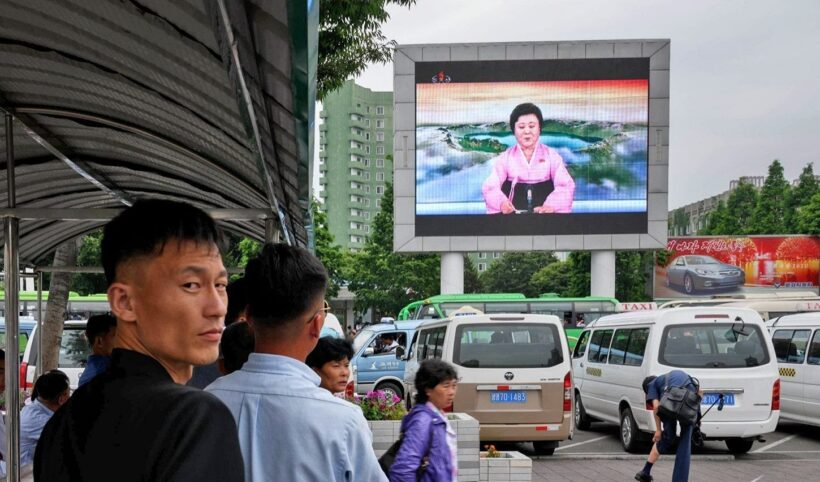 Days after the summit between North Korean leader Kim Jong Un and US President Donald Trump in Singapore, North Korean editors have been hard at work preparing this feast of propaganda/documentary about Kim’s visit.

It starts by describing him as a “respected world leader” but it gets better with behind the scenes moments of Kim’s visit to Singapore. The enthusiastic narrator, whilst we can’t understand what she is saying, we certainly feel her delight and enthusiasm.

“The meeting of the century awaited by the whole world finally took place.” She said Kim was welcomed with “deep respect and boundless enthusiasm” while he was in Singapore.

You get to see everything from his departure from Pyongyang on Sunday, his arrival, “rapture and adulation” from the adoring Singapore citizens lining the streets (who, in fairness, probably had no idea what the hell was going on but had to wait for the motorcade to pass anyway), his meeting with Trump and a bit of touring around the island city.

Japan’s NHK (who monitor NKTV) say the document ends with footage at a Pyongyang airport as he returns with many citizens welcoming him back, holding national flags and flowers.

It’s a feast for the eyes and another piece of the enigma that IS Kim Jong Un.